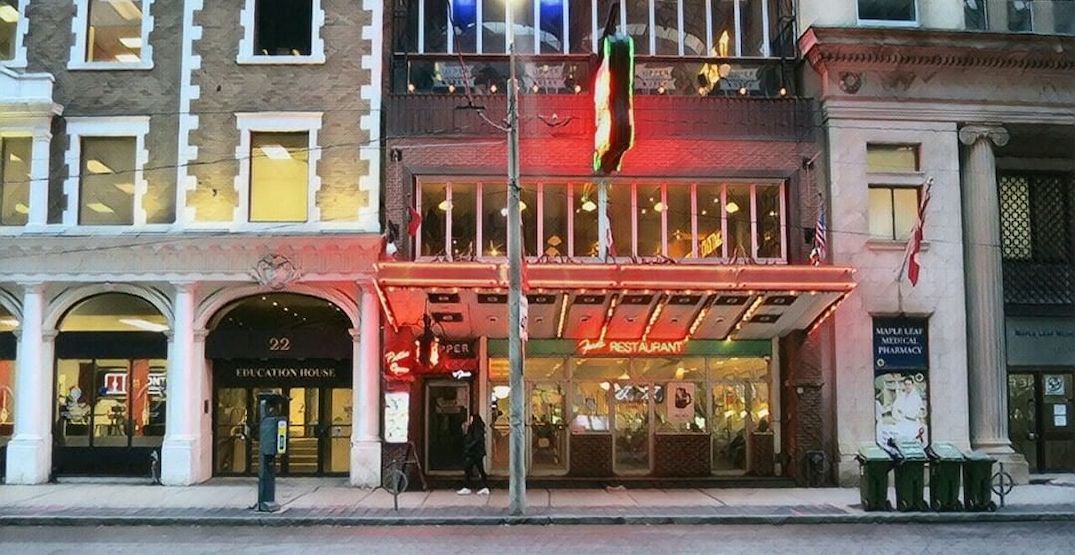 Hundreds of Toronto restaurants have recently shuttered due to issues out of their control. But for others, their legacy continues to reign on, some for almost a century.

With the pandemic, financial instability, and changes in business models, restaurants in the city have had to quickly come up with ways to make ends meet and also stay afloat.

Despite the decades some of these locations hold on others, they have managed to find success all these years.

Here are nine Toronto restaurants that have stayed strong throughout the years:

Since 1912, United Bakers has called Toronto home. Coming from humble beginnings, a young couple from Kielce, Poland opened a bakery/coffee shop at 156 Agnes Street, contributing to the Jewish life in the growing city. In 1920, United Bakers then moved west to 338 Spadina Avenue. It wasn’t until 1984 when they opened a location at the Lawrence Plaza, resulting in a closure two years later in 1986 of its downtown location. They’ve remained at the uptown location for over 30 years.

Address: 506 Lawrence Avenue West
Hours: Every day from 8 am to 6 pm

Tom Jones Steakhouse is one of Toronto’s oldest Steakhouses in the city, since 1966. Located at 17 Leader Lane, the building itself was constructed back in the early 1830s “when this narrow alley was known as Berezy Street in Old York Towne,” says the restaurant on its website.

Founded back in 1914, Old Mill Toronto is a heritage building that was first a Tea Garden for those in the community to come together as a safe haven to talk about WWI. It is now a fine dining restaurant, Tea Garden, and Wedding Chapel.

Established back in 1929, Len Duckworth Fish and Chips has claimed the Danforth Avenue location for quite some time. “Jack and Edith Duckworth started the fish & chip shop in September 1929, yet the sign that hangs outside of the restaurant declares, established in 1930,” reads an excerpt on the restaurant’s website. “Upon retiring in the early 1950s they passed the torch on to Len Duckworth, who continued the tradition for many decades.”

Considered the oldest restaurant in Toronto, The Senator is over 90 years old but has stood tall since 1860. “The Senator consists of two distinct historic rooms. The original 1940s Main Floor and the Top o’ the Senator, that dates back to the 1860s, on the second floor. Both rooms are fully licensed,” reads its website.

Possibly one of the oldest Authentic Italian Gelateria’s in the city, Sicillian Sidewalk Cafe has served its homemade gelato on College Street’s Little Italy since 1959.

“Since 1932, the Lakeview has been a welcome break to families, soldiers, poets, musicians, filmmakers and you,” reads its website. Lakeview Restaurant has quite a reputation in the city and has been featured in many movies throughout the years, including Hairspray, Boondock Saints, and The Samaritan.

Having opened in 1959 by Harry Barberian, this location is one of the oldest Steakhouses in the city.

A post shared by Frans Restaurant and Bar (@fransrestaurant)

Fran’s Restaurant has been around since 1940 back at Yonge and St. Clair. Now two locations stand: 20 College Street and 200 Victoria Street. Their third location closed its doors back in 2020.