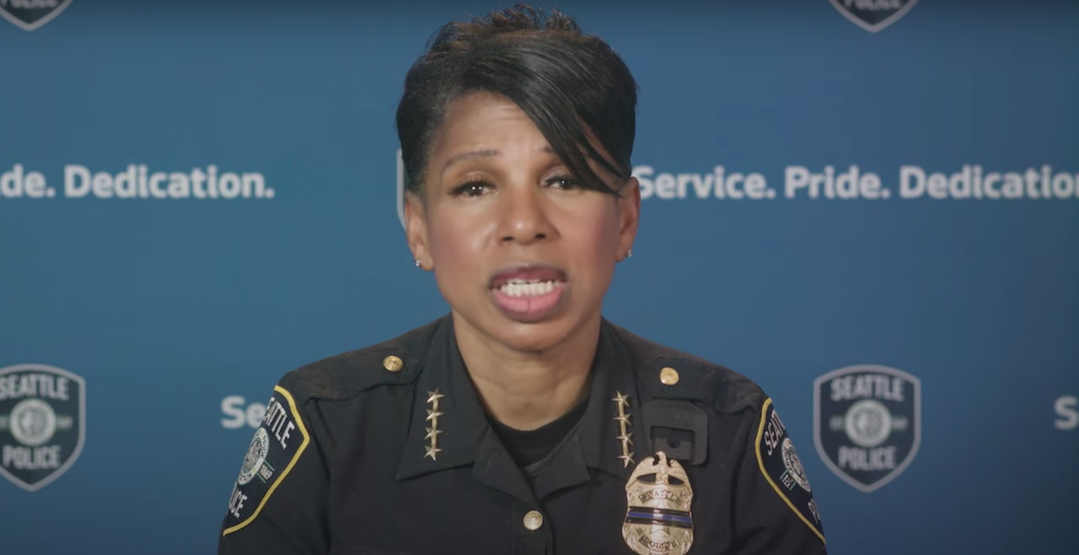 In a video addressed to the entire Seattle Police Department on Thursday, Seattle Police Chief Carmen Best provided an update on the East Precinct and what’s now being referred to as the Capitol Hill Autonomous Zone.

On June 8, after days of violent protests, the Seattle Police Department packed up their belongings, removed their barricades, and left the protesters to police themselves.

Chief Best revealed that leaving the East Precinct, the first precinct that she’d ever worked in, was not her decision. She blamed the departure on the City who had “other plans for the building and relented to severe public pressure. ”

“We fought for days to protect it, I asked you to stand on that line day in and day out, to be pelted with projectiles, to be screamed at, threatened, and in some cases hurt, then to have a change of course nearly two weeks in, it seems like an insult to you and our community,” she said in a video statement.

Chief Best also said that the Seattle Police Department had solid information to believe that anti-government groups would destroy the precinct through vandalism or arson once they left, and had the Seattle Fire Department stationed nearby to “protect the precinct and the entire residential block from a real risk of a large scale fire.”

She concluded her video message by explaining that over the past three days, there has been vandalism to city property, various demonstrations, and even threats against a news reporter. Chief Best confirmed that no officers have been harmed and no force has been used, although the department is getting reports of armed people patrolling the streets near 12th and pine.

These armed patrollers are reportedly demanding payment from business owners in exchange for protection as well as asking to see identification from people who live in the area. The Seattle Police Department is urging anyone who may be experiencing these patrols to come forward and file a police report.