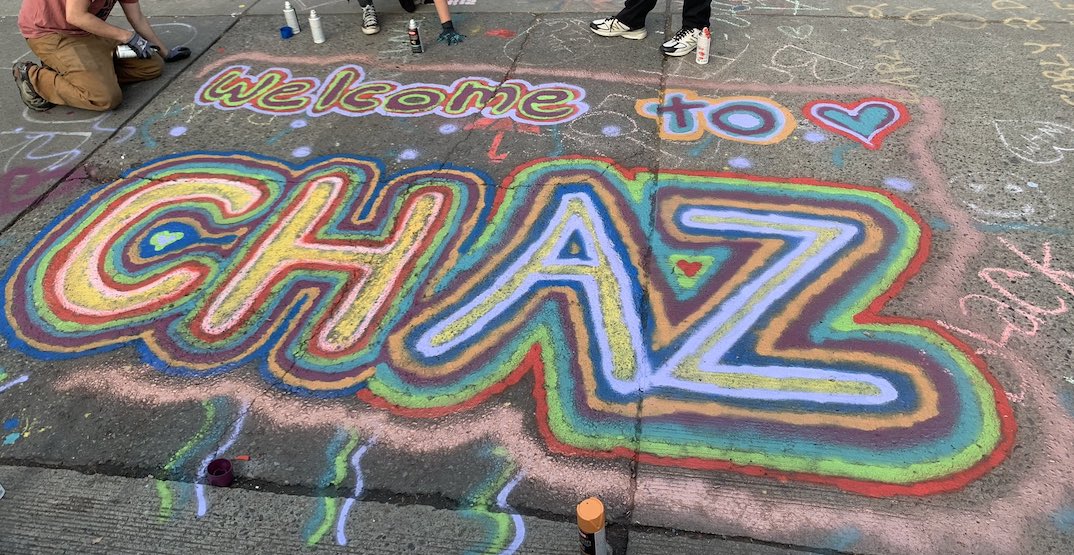 Without police presence, the Capitol Hill Autonomous Zone (CHAZ) is filling up with peaceful protesters painting the streets with art and music.

The six-block area has been plastered with murals, has hosted its own town halls, and has even held movie nights featuring documentaries that feature stories of Black lives.

Here’s a look at some of the artwork:

If you want to know what the Capitol Hill Autonomous Zone is like, it’s beautiful. #CHAZ pic.twitter.com/v61ECgi7Yv

Took a visit to the Capitol Hill Autonomous Zone #CHAZ

1. No, idiot, no one was asking to see ID upon entry
2. Free food and drinks, bathrooms, sanitation, tents, and medical services provided by volunteers
3. Sign up for Night Watch
4. Local businesses are open (and thriving) pic.twitter.com/ImMStifdYf

after an 8 day standoff, law enforcement has abandoned the east precinct. this is what it looks like now!a whole neighborhood without police. music, free food, memorials and looots of love. does this look unsafe to you? #CHAZ #seattleprotests power to the mf people!! 💖🏙 pic.twitter.com/O6f6cRtgVB

SEATTLE, rise up and counter online misinformation being spread in the MISSPELLED hashtag #CapitalHillAutonomousZone.

Eversince the cops retreated from this area, #CapitalHillAutonomousZone has been the most peaceful and safe area for the people there. So far, It has been educational, respectful, and not at all what is being portrayed in the media. pic.twitter.com/VXBebIrqk1