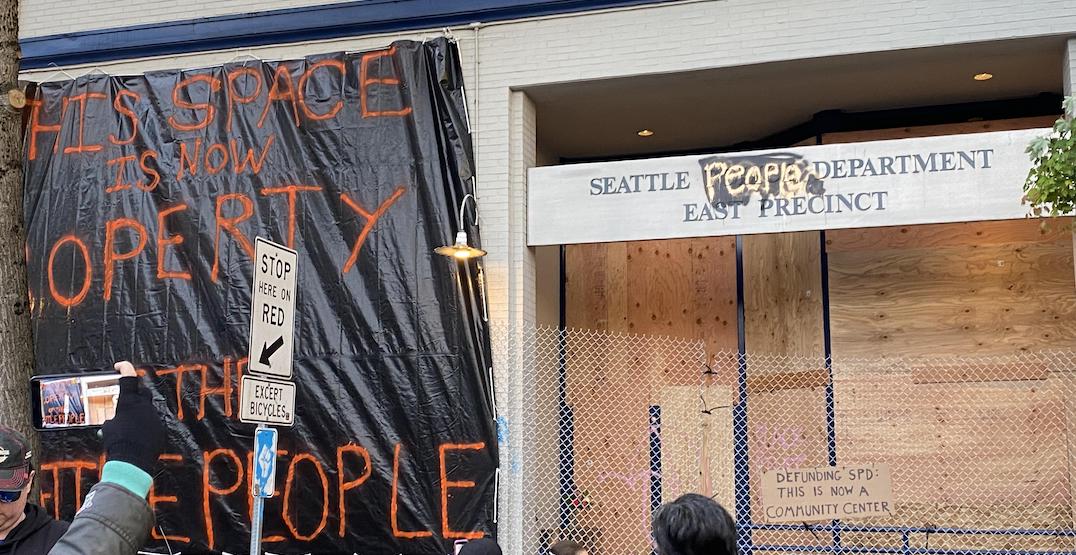 Looking for a place to rent? The Seattle Police Department’s East Precinct has gone up on Craigslist for a mere $12.

The fake ad was uploaded to the online marketplace on June 9, where it remained for a few hours before being flagged and taken down.

The ad called the precinct a “charming Capitol Hill fortress” that “was recently vacated.”

The creator of the post wrote in the description that the building has “ample garage parking and close to transit,” and is a “two-story corner unit with large windows that provide tons of natural light.”

They’d also written that “the previous tenants were terrible neighbors and engaged in excessive use of force and biased policing against their neighbors… They left the place smelling like tear gas and oppression.”

The listing featured three images: one of the outside of the precinct, one of the teargassed streets, and another of an officer inside a precinct. 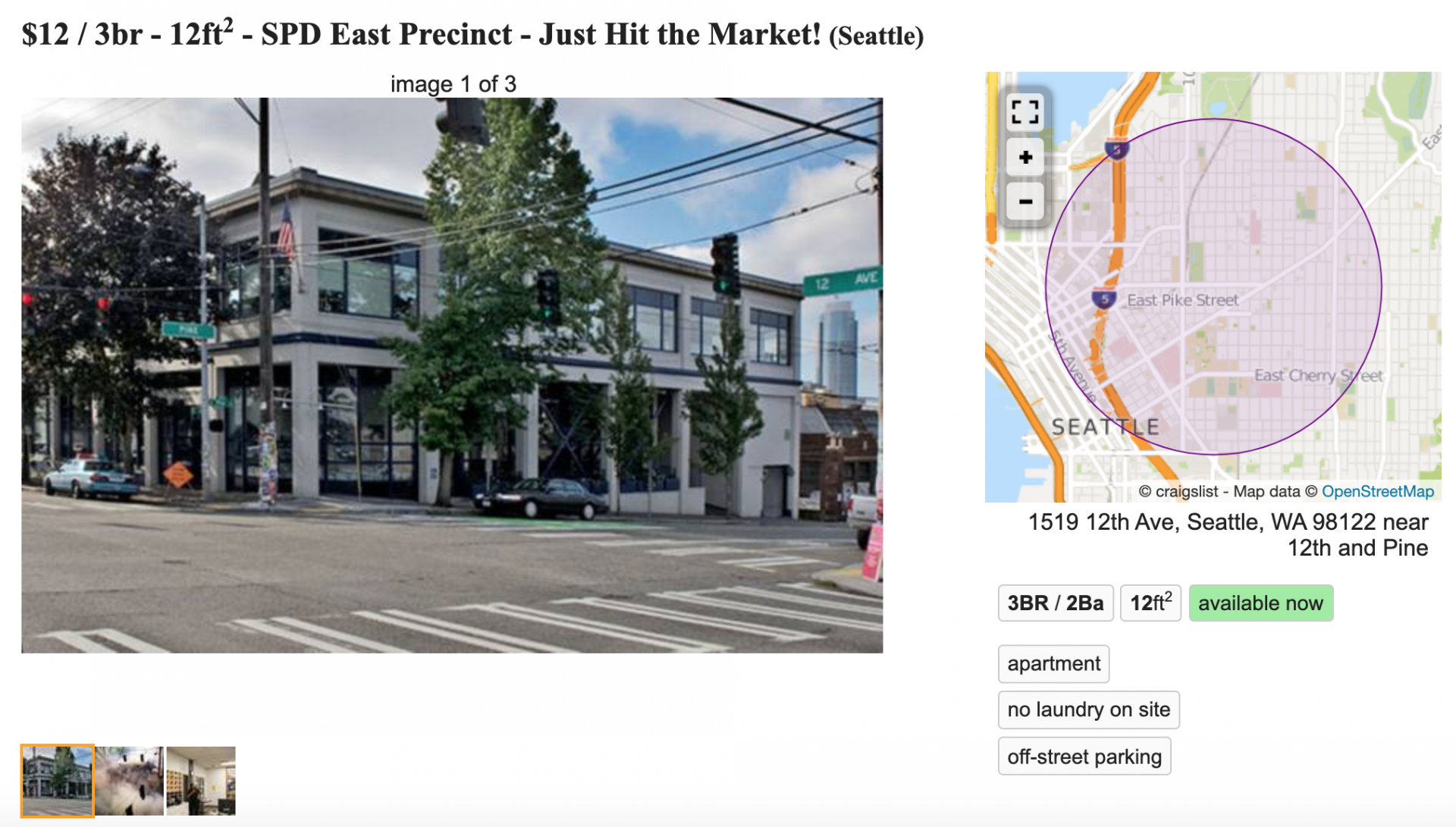 An archived version of the post remains viewable online.

The East Precinct has been vacated by the Seattle Police Department since June 8 and has become part of the new police-less Capitol Hill Autonomous Zone, which is currently occupied by protesters.

The Seattle Police Department continues to answer 911 calls throughout the city, including those serviced by the East Precinct.