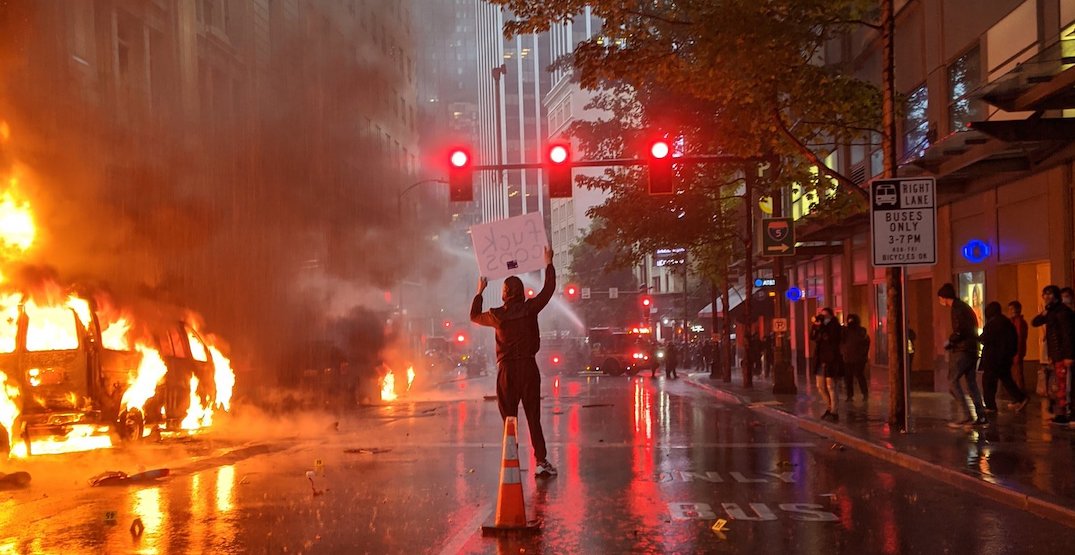 After some violent protests and looting, the Seattle Police Department is calling on citizens to share footage of any criminal activity they’ve captured over the last few days in downtown Seattle.

According to a news release, they are “seeking photo or videos [that] could help detectives identify suspects who have caused injuries and damaged public and private property.”

The SPD is currently investigating a number of assaults, burglaries, arsons, incidents of vandalism, and other crimes that have occurred over the last several days in downtown Seattle.

If you have photos or video of any criminal activity you would like to provide to detectives, upload them online.

Videos of officer misconduct are also being accepted via the Office of Police Accountability website.