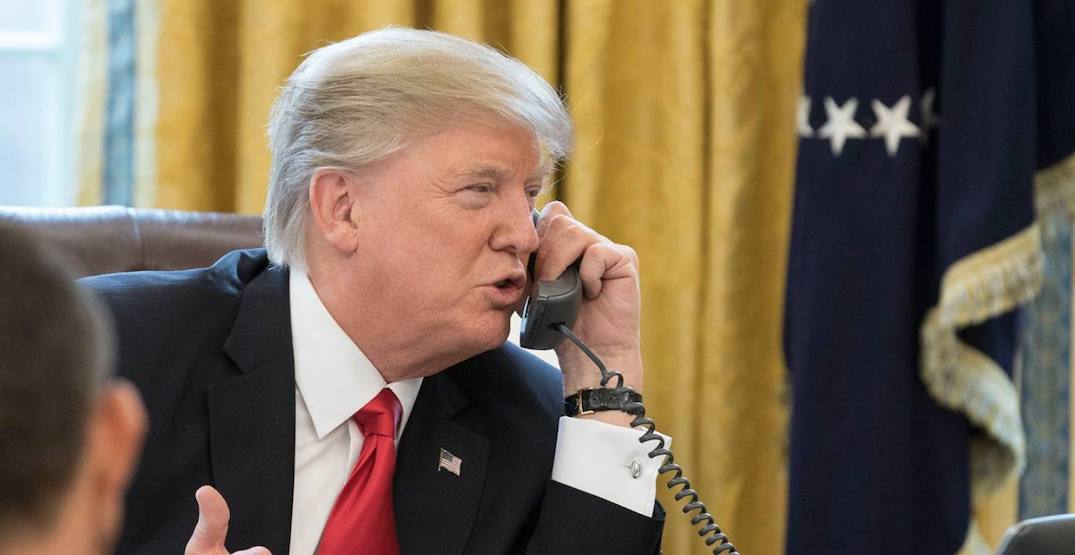 President Donald Trump shared a series of tweets on Wednesday evening in response to the Capitol Hill Autonomous Zone, a six-block space in Seattle with no current police presence.

Trump’s first tweet called Washington Governor Jay Inslee a “radical left governor” who was being “taunted and played” along with Mayor Jenny Durkan. He also threatened that he would “take back the city” if the pair don’t act immediately.

Radical Left Governor @JayInslee and the Mayor of Seattle are being taunted and played at a level that our great Country has never seen before. Take back your city NOW. If you don’t do it, I will. This is not a game. These ugly Anarchists must be stooped IMMEDIATELY. MOVE FAST!

In his second tweet, Trump called the demonstrators “domestic terrorists.”

Both Mayor Durkan and Governor Inslee responded, essentially telling him to mind his own business.

Make us all safe. Go back to your bunker. #BlackLivesMatter https://t.co/H3TXduhlY4

A man who is totally incapable of governing should stay out of Washington state’s business. “Stoop” tweeting. https://t.co/O6i04qmZ9v

The Capitol Hill Autonomous Zone has kept peaceful since its inception on June 8 and continues to be a police-free area for protesters to gather.

The area was created after days of violent protests when the Seattle Police Department packed up their stuff, removed their barricades, and left the protesters to police themselves.