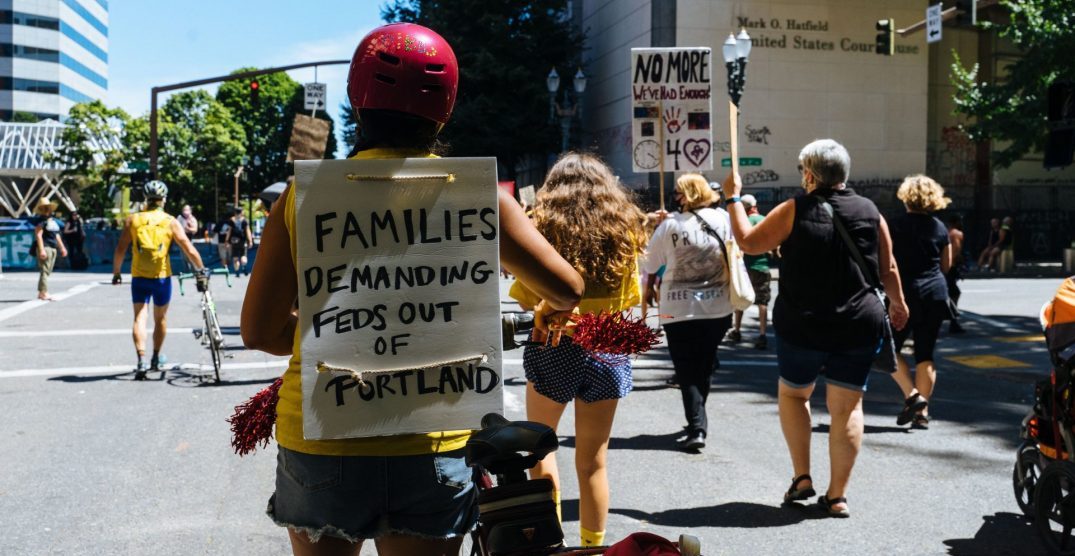 In a statement posted this morning, the Governor of Oregon relayed that during a meeting with Vice President Mike Pence, he agreed to withdraw federal officers from the City of Portland, where they have been involved in the escalation of physical altercations and force against protesters.

On the authorization of President Trump, the US federal agents deployed in Portland were sent there to “quell the anarchists” and have continued to amplify the violence in the streets on a nightly basis.

Gov Brown, who published her tweet at 8:30 PST this morning, says that “after my discussions with VP Pence and others, the federal government has agreed to withdraw federal officers from Portland.” Taking quotes from her official statement, that has been published on the Oregon Gov website.

“Starting tomorrow, all Customs and Border Protection & ICE officers will leave downtown Portland,” continued the Governor. Daily Hive reached out to the Governor’s office to ask specifically why agencies like Homeland Security were left off this list, but we have not received correspondence in time to publish.

After my discussions with VP Pence and others, the federal government has agreed to withdraw federal officers from Portland. They have acted as an occupying force & brought violence. Starting tomorrow, all Customs and Border Protection & ICE officers will leave downtown Portland.

This news comes days after Portland Mayor Ted Wheeler joined the frontlines of the protests, who then met with the same crowd control tactics used on the citizens of Portland. Nightly protests and demonstrations have been taking place in the downtown core of the city for 60 days now, since the death of George Floyd at the hands of Minneapolis Police in late May.

“The federal occupation of our community has brought a new kind of fear to our streets,” writes Mayor Wheeler in a retweet of Gov Brown’s message. “Federal agents nearly killed a demonstrator, and their presence has led to increased violence and vandalism in our downtown core.“