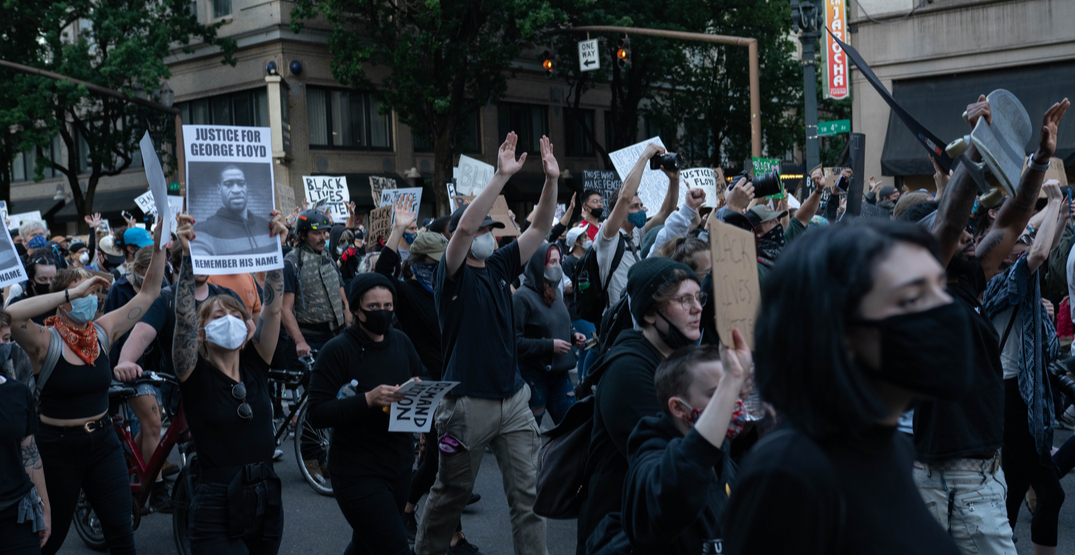 On Wednesday, City of Portland Mayor Ted Wheeler joined the front lines of the protests that have been taking place for more than 50 consecutive nights.

Though individuals in the crowd initially expressed dismay towards the mayor, they eventually allowed him to reach the front of the group.

A citizen of Portland livestreamed hours of the protests and followed Mayor Wheeler.

After a short time standing at the fence surrounding the federal courthouse, the tear gas was let loose by agents, covering the crowd (including the mayor) in a cloud of gas.

Mayor Wheeler vacated the protest area, citing discomfort from the effects of the gas. People were heard screaming at the mayor — who is also the police commissioner — “How does it feel Teddy?” and “for 50 nights you’ve been doing this to us.”

Mayor Wheeler’s outing came within hours of him tweeting a message involving rumors of federal agents and the possibility of them receiving permission from the Trump administration to use live ammunition against protesters.

This afternoon I was made aware of concerns within the community that federal agents may be authorized to use live ammunition on demonstrators this evening.

“I have spoken with the US Attorney of Oregon, Billy Williams, who assures me that the federal government has no plans to use live ammunition on Portlanders tonight, and that such an order would be unlawful,” writes Mayor Wheeler in his Twitter thread. “Nevertheless, I am sharing this information publicly out of an abundance of caution. If you plan to demonstrate tonight, please be safe.”

Since leaving to join the protests in Downtown Portland, Mayor Wheeler has not commented on social media.