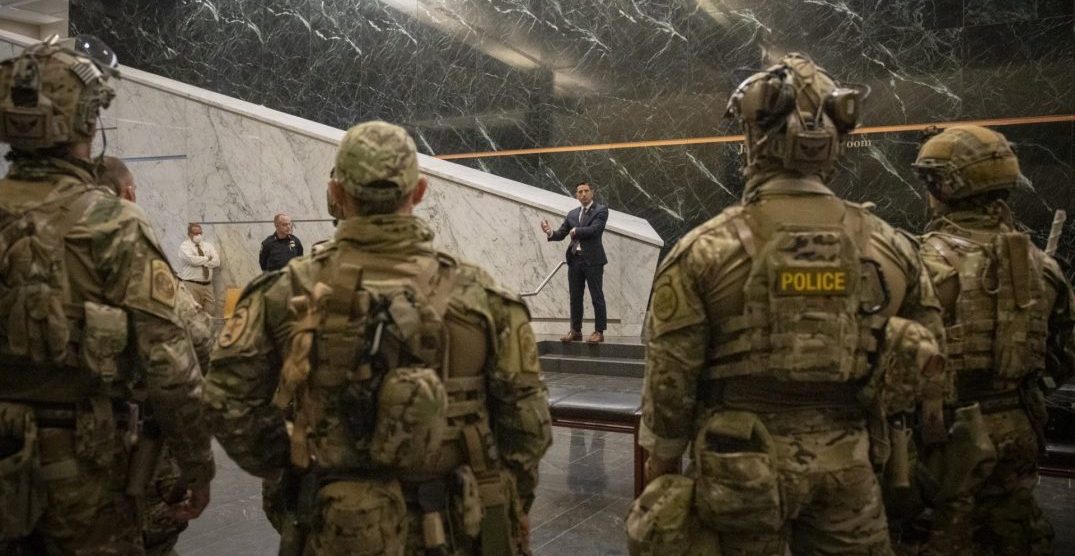 In a Friday morning tweet, Wolf wrote,”These valiant men and women have defended our institutions of justice against violent anarchists for 48 straight days,” with accompanying photographs of Homeland Security officers and not Portland police.

“We will prevail,” he added.

“The city of Portland has been under siege for 47 straight days by a violent mob while local political leaders refuse to restore order to protect their city,” Wolf furthered in a press release published by the Department of Homeland Security (DHS) on Thursday. “Each night, lawless anarchists destroy and desecrate property, including the federal courthouse, and attack the brave law enforcement officers protecting it.”

A federal courthouse, he continued, “is a symbol of justice – to attack it is to attack America. Instead of addressing violent criminals in their communities, local and state leaders are instead focusing on placing blame on law enforcement and requesting fewer officers in their community. This failed response has only emboldened the violent mob as it escalates violence day after day.”

Wolf said the “siege can end if state and local officials decide to take appropriate action instead of refusing to enforce the law. DHS will not abdicate its solemn duty to protect federal facilities and those within them. Again, I reiterate the Department’s offer to assist local and state leaders to bring an end to the violence perpetuated by anarchists.”

The press release lists numerous unlawful but non-violent acts, the majority of which refer to local buildings graffitied by “violent anarchists.”

Governor Kate Brown spoke with Wolf earlier this week, asking him to leave the state and remove the federal officers.