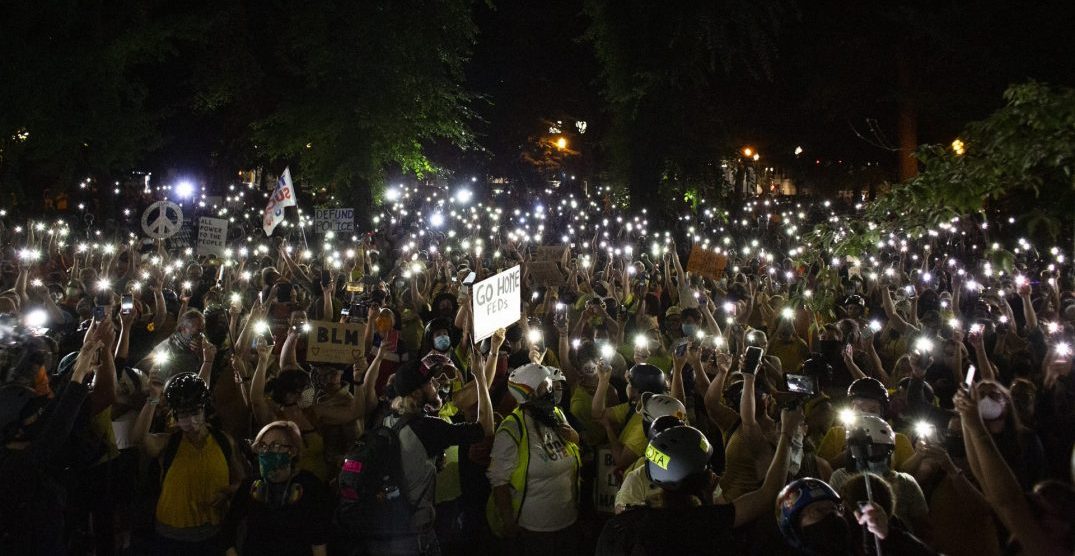 Portland Mayor Ted Wheeler joined a number of mayors in co-signing a letter to the US Congress outlining concern regarding President Trump’s deployment of federal forces in their cities.

Alongside Chicago Mayor Lori Lightfoot, Seattle Mayor Jenny Durkan, Albuquerque Mayor Tim Keller, Washington Mayor Muriel Bowser, and Kansas City Mayor Quinton Lucas, Wheeler laid out a call to action that will aid in putting an end to the nightly violence in the streets of Portland.

“We write to express our continued concern and objection to the threatened deployment of federal troops or riot-gear clad forces of the streets of our cities,” reads the letter, dated July 27. “We call on Congress to pass legislation to make clear that these actions are unlawful and repugnant.”

For nearly 60 days, demonstrators have taken to the streets of Downtown Portland to protest against racial injustice and police brutality. In recent weeks, the Trump Administration, with the help of Homeland Security, deployed federal officers to quell the protests in the city, resulting in escalating violence.

“We are outraged that the administration has responded to these first amendment protected gatherings by authorizing the deployment of riot-gear clad forces to Washington DC, Portland, Seattle, and other communities across the country without the consent of local authorities,” continues the letter. “This must stop.”

“We call on Congress to swiftly pass legislation to block the administration from sending unidentified federal agents to operate with impunity in our cities.”

The letter demands notice and consultation including consent from local authorities, visible identification on all federal officers and vehicles at all times (unless authorized to be undercover), and limitations on agents’ crowd control activities.

“We must remain united at all levels of government, in service to our residents and our nation’s democratic principles,” finishes the letter.

On Twitter, Mayor Wheeler shared this letter with the message, “We demand the cynical ploy to co-opt the movement for racial justice to come to an end.“