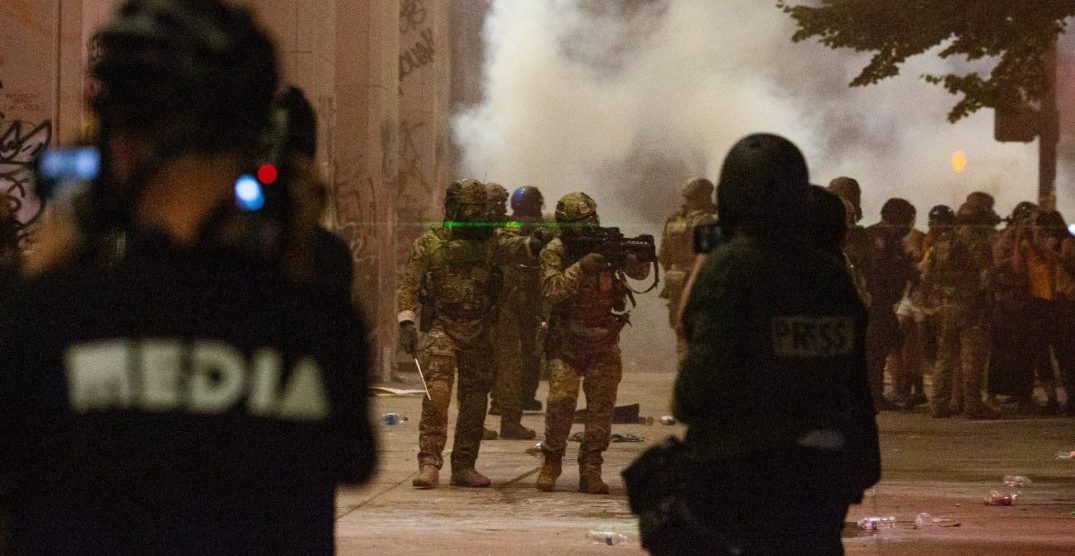 After a lawsuit was filed by the American Civil Liberties Union (ACLU), a federal judge has approved a restraining order against the federal officers currently operating in Portland.

The restraining order is designed to ban the use of force against legal observers (usually enlisted by the ACLU) and members of the press. Reports from the scenes in Downtown Portland have shown both parties interrupted, attacked, or arrested by law enforcement officers.

“U.S. District Judge Michael Simon today blocked federal agents in Portland from dispersing, arresting, threatening to arrest, or targeting force against journalists or legal observers at protests,” reads the update from the ACLU.

With the new order in place, federal and local law enforcement are also unable to lawfully obtain or seize any media recording devices, including photographic or video equipment.

“This order is a victory for the rule of law,” said Jann Carson, interim executive director of the ACLU of Oregon. “Federal agents from Trump’s Departments of Homeland Security and Justice are terrorizing the community, threatening lives, and relentlessly attacking journalists and legal observers documenting protests. These are the actions of a tyrant, and they have no place anywhere in America.”

The article posted by the ACLU names more than half a dozen plaintiffs in the court filings against the federal officers in Portland.

This ruling by the federal court comes just a few days after the ACLU filed a lawsuit against the Department of Homeland Security, the US Marshals Office, and the City of Portland for attacking volunteer street medics during recent protests.

In the 50+ days since demonstrations began on a nightly basis in Portland, the ACLU has filed multiple lawsuits against law enforcement agencies on a municipal and federal level.