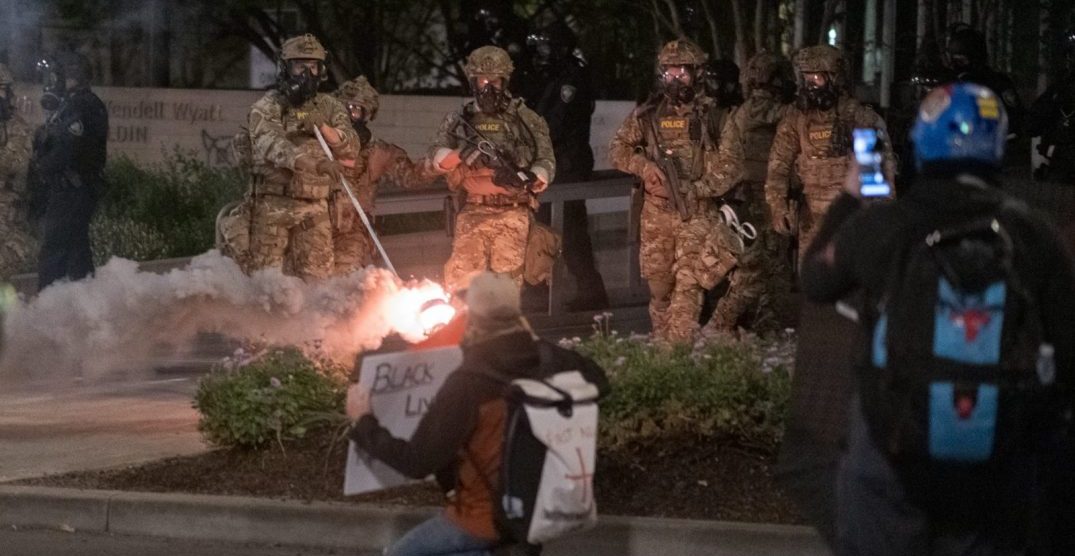 In his interview with CNN’s Jake Tapper, Mayor Wheeler says that “the president has a complete misunderstanding of cause and effect.”

“Not only do I believe he is breaking the law, but he is also endangering the lives of Portlanders,” Mayor Wheeler wrote on social media on Sunday. “His actions are unconstitutional.”

“What they are doing is that they are sharply escalating the situation. They’re not wanted here. We haven’t asked them here. In fact, we want them to leave,” he added.

American Civil Liberties Union of Oregon, who has issued more than one lawsuit against law enforcement in the fifty-plus days since the protests against police brutality and racial equality began, continue to observe and report on the unlawful acts perpetuated in Portland.

Doug Brown, a Communication Associate for the ACLU of Oregon, has been part of the on-the-ground documentarian team. Brown writes that those federal officers — who have greatly shifted the severity of force in their “takeover” of Portland — are “bent on inflicting pain and terror on people who believe Black Lives Matter.”

“Nothing prepared me for the unrestrained brutality I’ve witnessed and experienced in recent days,” Brown said.