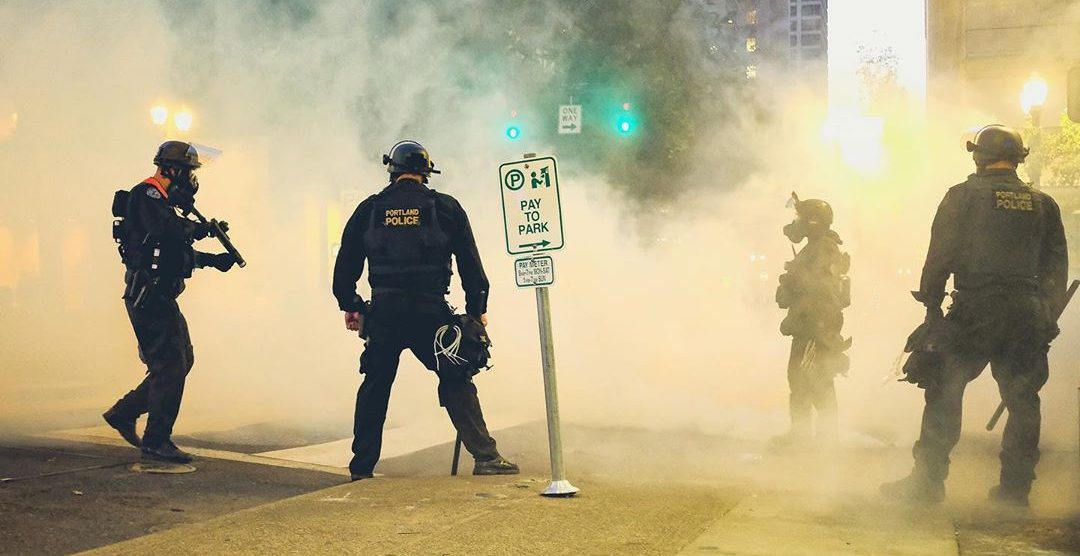 The update from the police chief came at 9 pm (local time) Tuesday night, the first night since Saturday that Portland’s mayor decided not to institute a city-mandated curfew.

Resch thanked peaceful protesters that gathered at Pioneer Square and spoke to why certain dispersal tactics were used away from the area.

In the video message, Resch said that a group of “several hundred individuals” split off from the demonstration and that attempts were made to breach protections set up around the Justice Center in downtown Portland.

“I want to reiterate that if demonstrators are peaceful, and not engaged in criminal acts, they need to be mindful of the lawful orders being given, and disperse when directed,” Resch added.

“Officers will continue to defend themselves, others, and the critical infrastructures, and preserve life safety.”

We are advising the crowd that this is an unlawful assembly. We will be making arrests and using force, that may include riot control agents and impact munitions. Leave now. Disperse to the north.

Sometime around midnight, the Portland Police made the decision to close Pioneer Square, issuing a warning that anyone remaining in the area may be subject to “arrest or use of force, including riot control agents and impact munitions.”

Pioneer Courthouse Square has been closed. Any person in the area must leave now or be subject to arrest or use of force, including riot control agents and impact munitions. Leave the downtown area now.

Chief Resch made another statement at around 2 am (local time) stating that “after several hours of dispersal orders, things have calmed down.” Resch also informed the public as to why the Portland Police had been tagging vehicles with spray paint.

2 a.m update: Activity downtown has subsided. Vehicles were marked as a method for identifying those engaged in criminal behavior and to increase public safety for all. pic.twitter.com/Yluah8F3F7