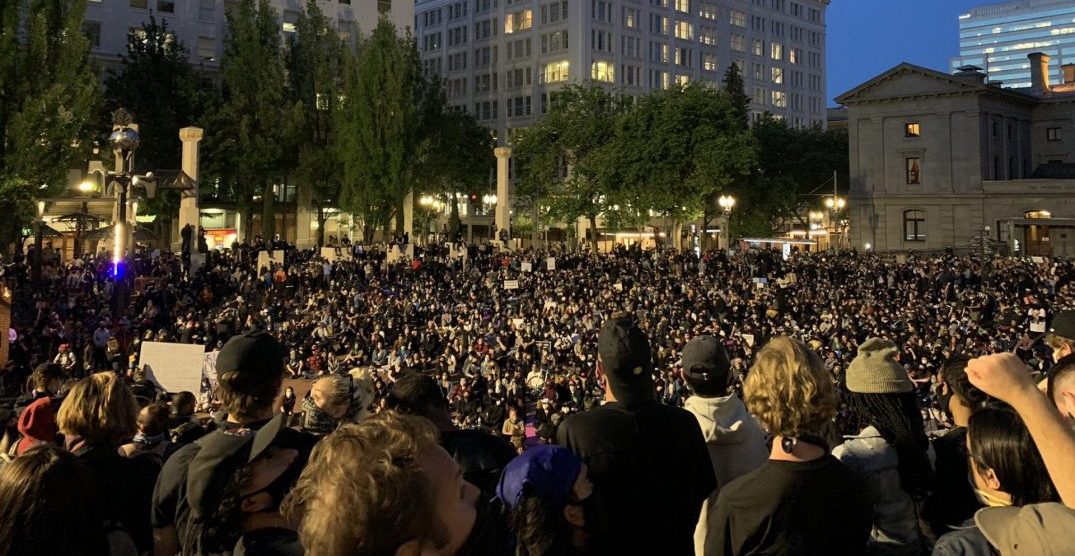 On the fourth straight night of protest in Portland, thousands of Portlandians took to the streets Monday night in a peaceful demonstration despite another city-mandated curfew.

Crowds gathered downtown in response to the death of George Floyd and the overarching outrage regarding systemic racism, and the Portland police remained relatively off-site.

“We have not witnessed any vandalism or destruction. This has been an hours-long protest that has remained peaceful,” tweeted the Portland Police Bureau. “Thank you and we see you and hear you!”

Prior to the demonstration growing in size Monday, the Portland police blocked off large portions of the downtown area surrounding the Justice Center, a target for earlier protests and unrest.

The crowds moved through the streets of downtown Portland until landing at Pioneer Square sometime around 9 pm local time.