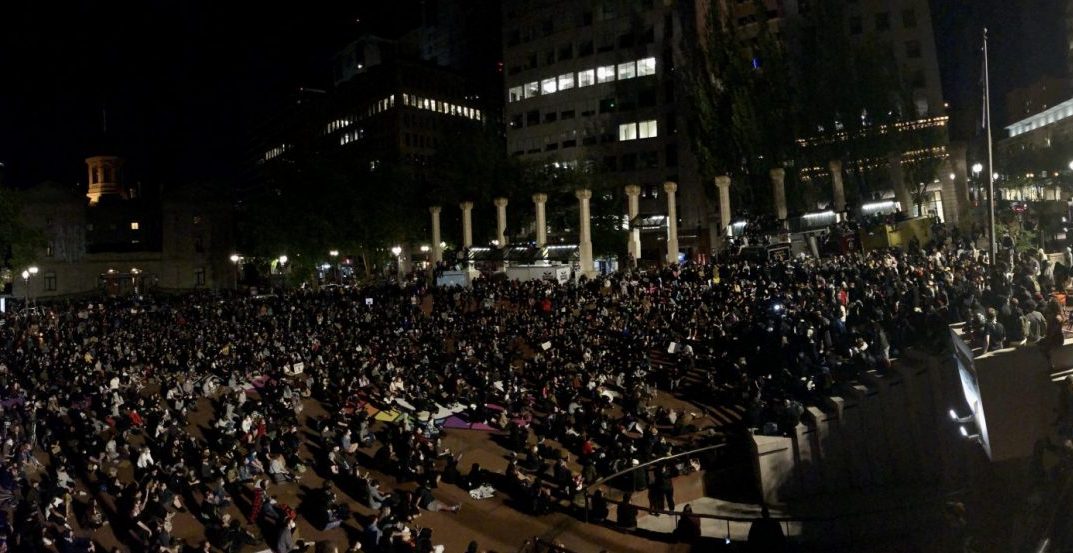 Even in defiance of the City-mandated curfew put in place, Wheeler said “last night marked a significant shift in the tenor of recent demonstrations.”

“Thousands gathered in our streets, and did so peacefully.”

He also gave praise to the Portland Police Bureau.

“Last night I saw a community that’s ready for both healing and reconciliation. I saw a progressive and mindful police bureau … I saw progress, which is why tonight I am not extending the curfew.”

Mayor Wheeler also addressed the concern that he asked Oregon’s governor to send in the National Guard in an attempt to show force or to confront protesters.

“We had a conversation about mischaracterization,” said the mayor. “The National Guard was never requested for the purpose of direct confrontation with demonstrators.”