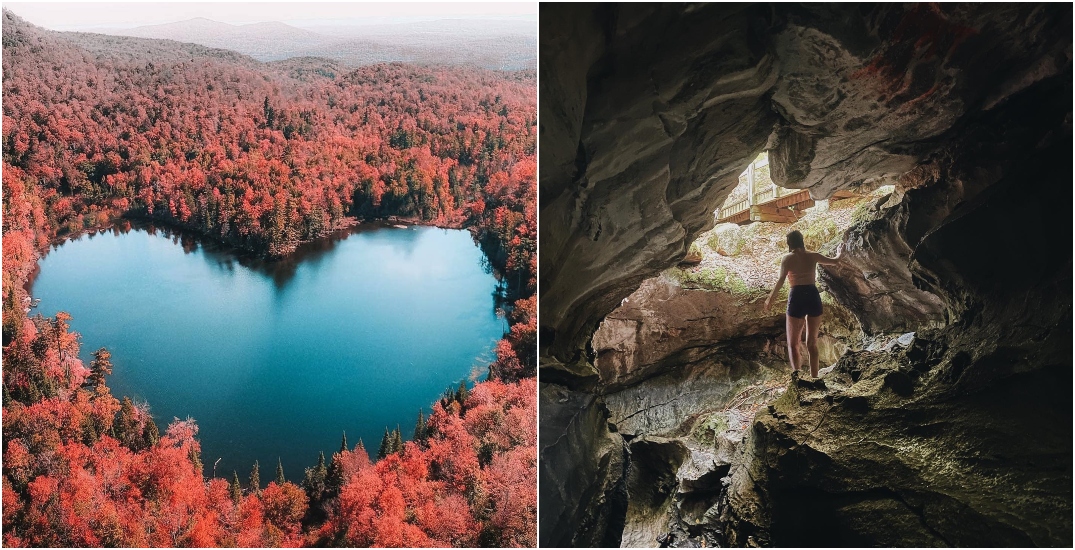 Quebec is more than 1.5 million sq km big, so you can be absolutely sure there are some wild and unique places that you have to see.

As the weather starts to heat up, you might want to consider taking day trips (or extended stays) out of these unbelievable natural sights that are right here in la belle province.

Located in Northern Quebec, this 1.4-million-year-old crater is not easy to get to. But that’s what makes it even more marvellous.

The lake is believed to have been formed by a meteorite eons ago. The lake is part of the Pingualuit Provincial Park and is home to some of the purest freshwater on the planet.

With a diameter of 3.4 kilometres, this awe-inspiring crater is located right in the middle of the tundra, and you can explore its ecosystem either on foot or on skis — an exhilarating ambience in a unique setting, no doubt.

So you might not be able to get the vantage point of NASA and astronomers, but this unique spot is so recognizable from space that it has been subject to hundreds of images from above Earth for nearly five decades.

The circular lake was created over 200 million years ago when a 5-kilometre-wide meteor crashed into central Quebec, just outside Labrador.

It’s a terrific spot for kayaking and canoeing and you might just become the tiny little subject for astronauts in space.

We’re cheating a bit here because these 100-plus human-like figures are not natural. But they’re ON the natural St. Lawrence River so we’ll let it slide.

As part of a large-scale art project called Le Grand Rassemblement (the Grand Gathering) by Quebecois artist Marcel Gagnon, more than 100 wood and stone statues appear and disappear with the tides in the small town of Sainte-Flavie, off the River’s coastline.

Most of the figures are armless statues (some as tall as adults) and are carved with faces and expressions.

Essentially, it looks like a zombie invasion retreating from the water.

It would seem that love is in the air — and on the shores — at l’Étang Baker near Mont-Gauvin.

The now-famous heart-shaped lake in East Bolton first took Instagram by storm back in 2018. Since then, its popularity as a wonderful neck of the woods to explore — especially for couples — has only grown.

While it appears to be a body of water like any other on ground level, its perfect love heart shape is revealed once you’re elevated.

The most amazing part is that the lake is 100% natural, making it an even more incredible sight to behold.

The Lusk Caves is a relatively easy hike considering the end goal is entering an ancient cave. The whole trail takes about two and a half hours to complete, you can bring your dogs, and it results in some seriously impressive photo opps.

No, this isn’t off the coast of Costa Rica. It’s right here in Quebec.

The Jean Larose Waterfall plummets more than 60 metres in three steps on the canyon of the Saint-Anne River with consecutive jumps going 10 metres, 15, and an impressive 34 metres.