The one and only Oprah Winfrey is headed to Montreal this weekend.

Titled “Oprah Winfrey Presents: Your Path Made Clear,” the tour was expected to kick off in Toronto before landing in Montreal on Sunday, June 16.

However, due to the NBA Finals schedule, Winfrey’s speaking engagement, which was scheduled for Friday in Toronto, has been cancelled.

“Due to the ongoing NBA Finals schedule and continuing requirements for Scotiabank Arena by the NBA, we regret to announce that the ‘Your Path Made Clear’ show on Friday, June 14, 2019, has been cancelled,” said LiveNation in a statement. 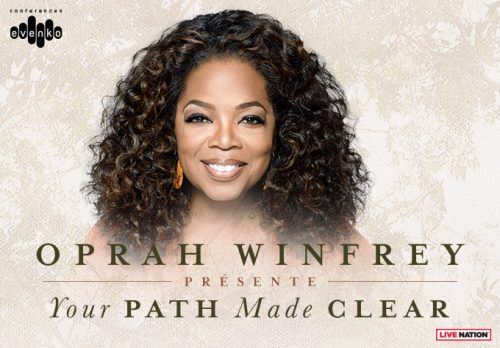 Oprah’s Montreal appearance at the Bell Centre, however, is still on course.

Once Winfrey is done in la belle province, she’ll head west to Calgary on June 19, Edmonton on June 20, and Vancouver on June 24.