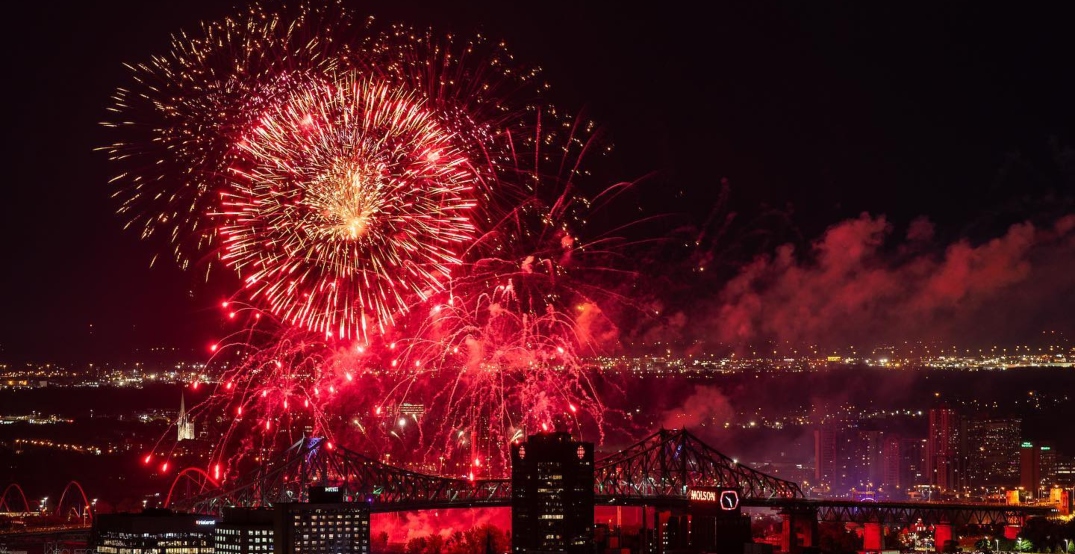 We’re only a couple of short weeks removed from the Old Port’s big time bash to celebrate Canada Day but another Montreal fireworks show is celebrating our country yet again this weekend.

Old Montreal is gearing up for its fourth consecutive week of the summer’s L’International des Feux Loto-Québec, the city’s iconic fireworks festival that illuminates the skies from La Ronde.

This weekend’s presentation will celebrate Canada through a “Quebec legends and myths” theme, bringing a stunning aerial performance of characters from Quebec’s most famous myths and legends, including the werewolf, the lady in white, the blue pig, and more.

La Ronde says this weekend’s show will combine the “most breathtaking pyrotechnics and a captivating soundtrack that will transport the audience into a world of fantasy and folklore.”

Saturday’s show will be orchestrated by Quebec firm Feux d’artifice Orion, a family-based business that’s been lighting up skies since 1999. The company stages over 150 firework shows every summer and earned third place at the Macao International Fireworks Display Contest in 2016.

The 30-minute fireworks show will set off from La Ronde and then take place throughout the rest of the summer, starting at 10 pm — rain or shine. Dates for the remainder of the summer are as follows:

Montreal’s fireworks festival is the largest pyrotechnic competition in the world and features different weekly themes, gathering firework teams from across the globe.