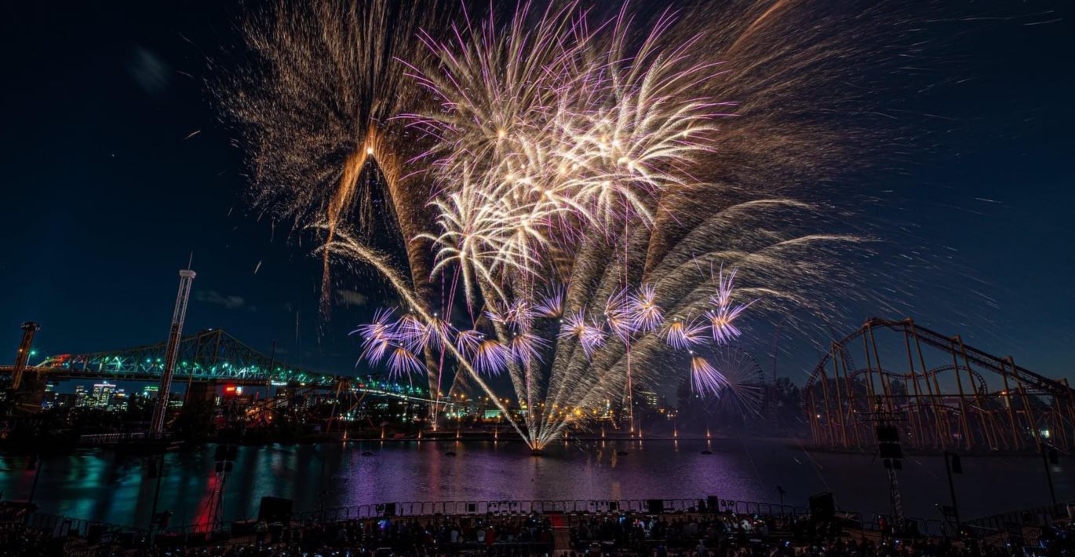 Fireworks in Montreal are an absolute delight through the summer but don’t think the pyrotechnic show is reserved exclusively for weekends.

For the first time since the return of the L’International des Feux Loto-Québec, a mid-week show will take place across Montreal skies.

Tonight’s show will pay tribute to Hungary, giving audiences an immersive view into the world of Hungarian music and its “expansion through time.”

The dazzling fireworks display will be emphasized by a musical selection orchestrated in a modern electronic form, featuring some of the most legendary Hungarian composers such as Liszt, Bartók, Kodaly, Erkel, Lehar, and Dés.

The show will then transition into what La Ronde calls a “firework extravaganza,” featuring a soundtrack of international artists, including a few French Canadian hits.

Wednesday’s show will be performed by NUVU, a Hungarian pyrotechnic firm that has gained notoriety since being founded in 2007, thanks to shows at concerts by the Rolling Stones, Iron Maiden, AC/DC, Kiss, Shakira, and Maddona.