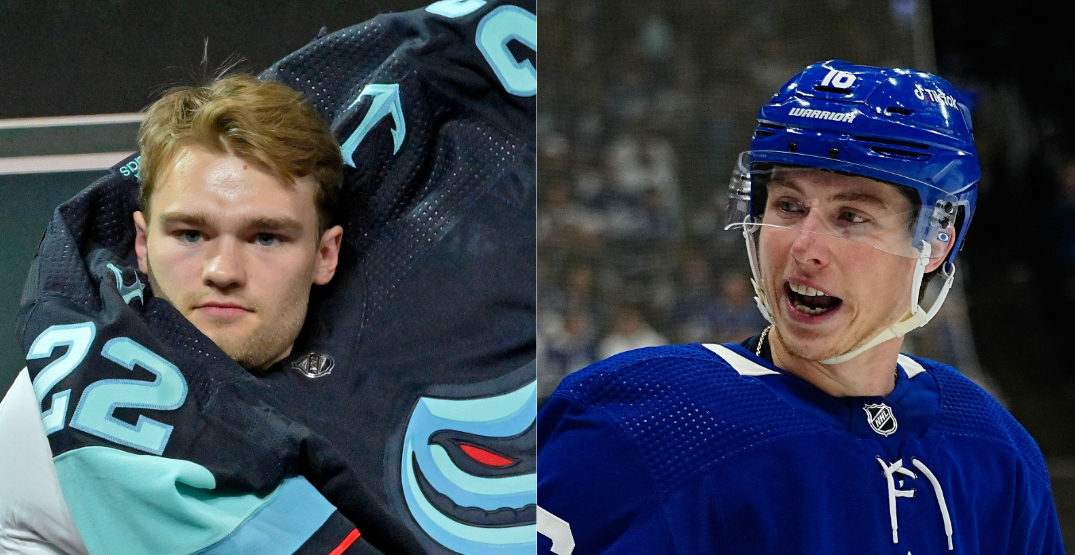 So Marner, the No. 4 pick of the Toronto Maple Leafs in the 2015 draft, reached out to the now Seattle Kraken prospect to help the 18-year-old find the right frame of mind.

“I think everyone could see there was a little bit of frustration in him,” Marner told reporters earlier this week during the Zach Hyman Celebrity Classic golf tournament in Toronto. “I just wanted to text him saying fourth is a nice pick and there’s nothing wrong with going fourth.”

Wright, NHL Central Scouting’s top-ranked North American skater for the 2022 draft, ended up sliding to fourth before being nabbed by Seattle.

The Montreal Canadiens selected winger Juraj Slafkovsky with the No. 1 pick in the draft, and the New Jersey Devils picked defenseman Simon Nemec at No. 2. American forward Logan Cooley went third to the Arizona Coyotes.

Wright appeared less than pleased at the time.

Wright, who was granted exceptional status into the Ontario Hockey League as a 15-year-old in 2019, scored 94 points (32 goals, 62 assists) in 63 games as captain of the Kingston Frontenacs.

“Now it’s an exciting opportunity for him to be able to prove himself in the NHL,” Marner said. “He’s going to be working hard to try and prove that some teams made the wrong move. That’s how it goes sometimes.”