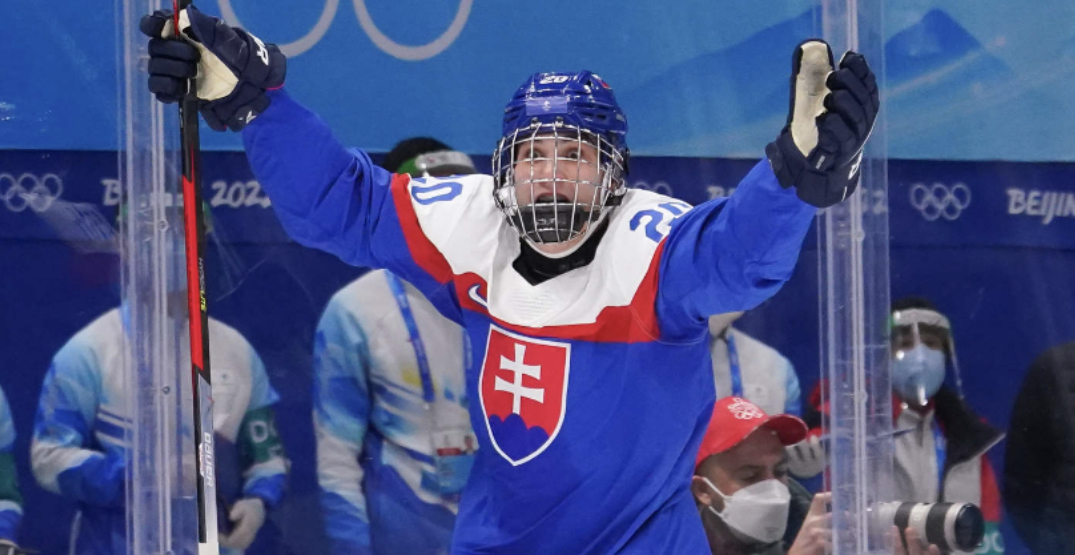 Juraj Slafkovsky is the newest member of the Montreal Canadiens.

The Canadiens selected Slafkovsky with the No. 1 pick in the 2022 NHL Draft on Thursday, opting against the longtime consensus top pick in Shane Wright after an admittedly long debate that seemingly carried through to draft day.

He is the highest-drafted Slovakian-born player in NHL history.

“At the end, when I retire I want to be the best player from this draft,” he said in a media availability on Wednesday.

Slafkovsky, who was ranked No. 1 among European skaters by NHL Central Scouting, has 10 points (five goals, five assists) in 31 Liiga games with JYP in Finland’s top circuit, but was a true standout on the international stage for Slovakia. He was named most valuable player at the 2022 Beijing Olympics after helping Slovakia to bronze with a tournament-high seven goals in seven games. He also led Slovakia at the 2022 IIHF World Championship with nine points (three goals, six assists) in just eight games.

The 18-year-old, likened to Auston Matthews by Central Scouting, is a big-bodied forward who has excellent vision, hockey sense, and puck skills. He uses his 6’3, 218-pound frame effectively and is a bull in the offensive zone.

Slafkovsky topped a scout survey by TSN’s Bob McKenzie, garnering five of a possible 10 first-place votes. Wright received four, and Logan Cooley of the US National Team Development Program had one.

“If he becomes the player he is capable of developing into, there is little doubt Slafkovsky will be a force at the NHL for the next 15 years and people will wonder why there was even a debate about the top pick in this class,” independent scouting outlet FCHockey wrote in its 2022 NHL Draft Guide. “If he doesn’t hit his that potential, he’s still got potential as a top-six scoring winger who impacts the game regularly.”

Slafkovksy is arguably the most physically mature player in the draft, and could suit up for Montreal as soon as next season.

They’ll all be added by another potential blue-chipper.

The Canadiens will also select at No. 26, adding another key piece to their future.