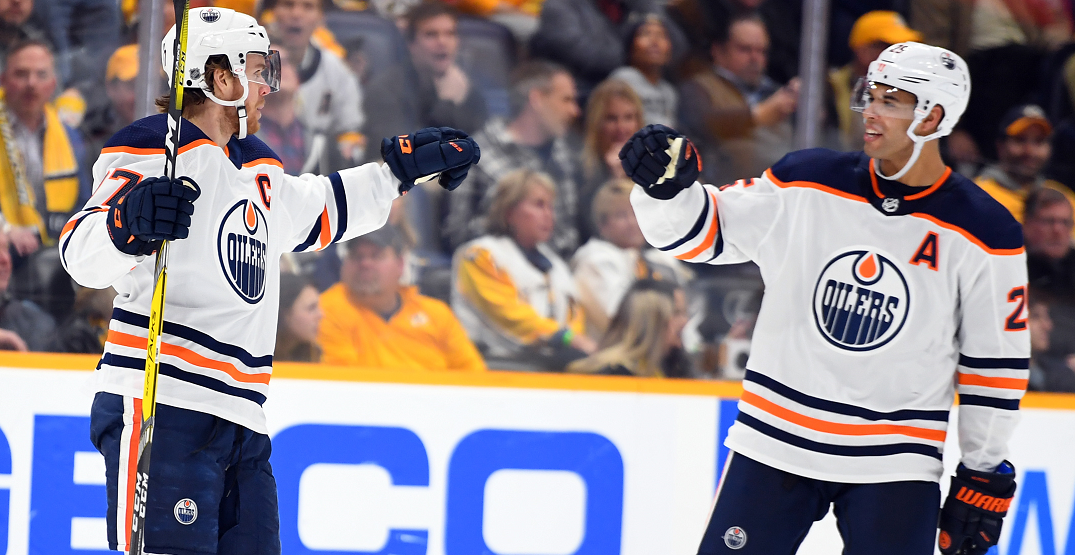 Edmonton Oilers star Connor McDavid had to know what the tweets would look like when he chose to practice at the Toronto Maple Leafs facility.

On Wednesday, the day NHL free agency officially opened, the Newmarket, Ontario, native chose to go for a skate at the Ford Performance Centre, the Leafs’ official practice rink.

And with many of Toronto’s reporters at the rink to cover what the Leafs were doing on the day, it wasn’t long before they recognized the familiar #97 Oilers helmet and team gear.

Recently retired Leaf Jason Spezza was right there to have a chat with McDavid. Spezza has recently taken on an advisory role within the Leafs’ front office.

McDavid also brought Oilers defenceman and Hamilton native Darnell Nurse along with him for their skate at the Leafs’ digs.

Of course, McDavid and Nurse simply skating around doesn’t mean a whole lot. It’s a rink that’s available to be rented out to the public, and of course, McDavid’s still under contract to the Oilers for four more seasons with a full no-move clause.

Nurse’s deal is for even longer, with eight years left on his contract extension that kicks in this season.

But the rumour mill knows no mercy, and Leafs fans ate it up:

Edmonton is so worried about McDavid leaving for the Leafs, they've decided to bring the Leafs to McDavid

We will look back to this video when Connor McDavid signs with the Leafs in 2026. https://t.co/XLfa402JzF

McDavid just getting used to the Leafs practice facility before 2026 https://t.co/JcUgHU11X6

Is it October yet?