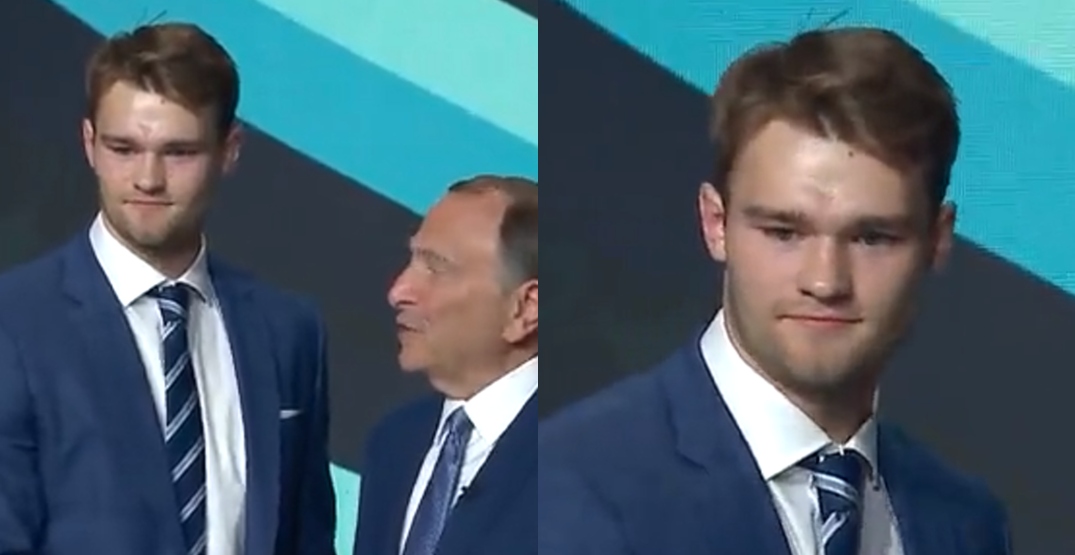 After hearing he’d be drafted first overall by countless scouts and fans for the past year, Shane Wright was likely very disappointed when he fell to fourth in Thursday’s NHL Entry Draft.

To just about everyone’s surprise, the Montreal Canadiens, New Jersey Devils, and Arizona Coyotes all passed on the prospect. He was eventually selected by the Seattle Kraken.

When he climbed up the Bell Centre stage to shake NHL commissioner Gary Bettman’s hand, the 18-year-old’s seemed to focus on something other than the team that just selected him.

Many claim it was the Canadiens’ draft table, which featured the likes of Kent Hughes, Jeff Gorton and Vincent Lecavalier.

Wright had famously met with Montreal’s team multiple times over the past few weeks, and expressed some strong interest in joining their organization. In an interview with TSN, Wright said he was already feeling the love from Habs fans. “They love their players and I’m hoping to become one of those players on July 7.”

While he managed to flash a smile for the camera and eventually thank the Bell Centre patrons in a press conference, it was clear that he was upset, telling one reporter that he now has a “chip” on his shoulder.

Shane Wright to @933KJR: “I’ve got a little chip on my shoulder.” pic.twitter.com/pvDGGY5Kry

If Shane Wright is, in fact, angry with Montreal, the Habs are lucky the centreman is not playing in their division. And after disappointing many of their own fans by not selecting the Burlington, Ontario native with the first overall pick, the Canadiens are also praying that taking a gamble on Juraj Slafkovsky works out in their favour.