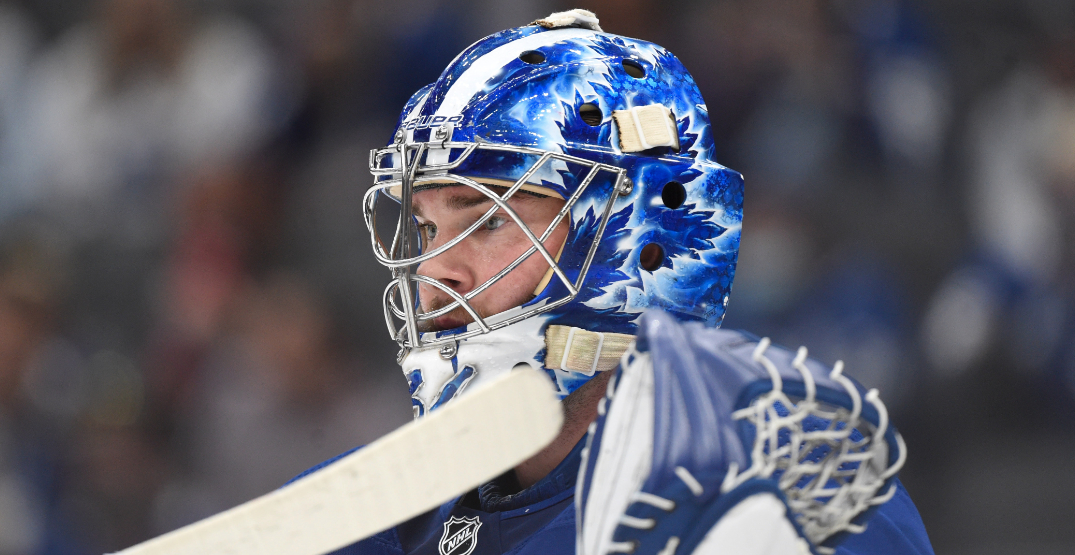 If Jack Campbell can handle the pressure of being a No. 1 goaltender for the Toronto Maple Leafs, then surely being the primary puck-stopper for the Edmonton Oilers is well within his capabilities.

That was the message from teammates on Monday who gathered at the Zach Hyman Celebrity Golf Classic in Toronto.

Forwards Connor McDavid, Ryan McLeod, Warren Foegele, and Devin Shore, defenseman Darnell Nurse, and Campbell all attended the event, which raises money to help support SickKids and UJA Federation, as well as other charities important to the forward and his family.

“Don’t know a ton personally. Just had a couple conversations with him since he signed. Just seems like a real positive guy, brings a lot of good energy. His on-ice game speaks for itself. It’s taken him a little bit longer than some to get to this position, but there’s not anyone more deserving than him. He’s put a lot into it. I’m sure he’s going to be great for us.”

"I take everything he said very seriously. The second I asked him all (about Edmonton), I was really excited about the opportunity."

Jack Campbell on his good friend Zach Hyman's stamp of approval when he had the #Oilers on a list of potential landing spots ahead of free agency. pic.twitter.com/hRbGIemusU

Campbell joined the Oilers earlier this month when he signed a long-term deal to backstop the Edmonton club. He inked a five-year, $25 million contract when free agency opened two weeks ago.

“I think when you play in a Canadian market you’re more used to playing in that pressure cooker and he’s had experience in it,” Hyman said.

“An amazing person. Very nice guy. A great person first and foremost. As a goaltender, somebody who tries to try to push the envelop and push his abilities as far as he can just with his work ethic. I think that’ll fit really seamlessly with the group that we have here. Just extremely talented and competitive and just a great addition for us.”

Campbell is expected to form a tandem with 23-year-old Stuart Skinner.

Mike Smith, who started all 16 games in the Stanley Cup Playoffs for the Oilers, will start the season on long-term injury reserve and is not expected to play.

“[Jack is] one of the nicest people I’ve met in hockey,” said Nurse, who played junior with Campbell in 2011-12 when each was a member of the Soo Greyhounds in the Ontario Hockey League. “Ultra competitor. We’re fortunate to have him wearing the Oilers [jersey] now.

“He’s a competitor. You could tell in junior. It didn’t matter what was going to be in front of him. He was going to work his way past it. That’s why he’s had the success that he’s had.

“As an organization and as a teammate now it’s really exciting to have Jack on the team.”