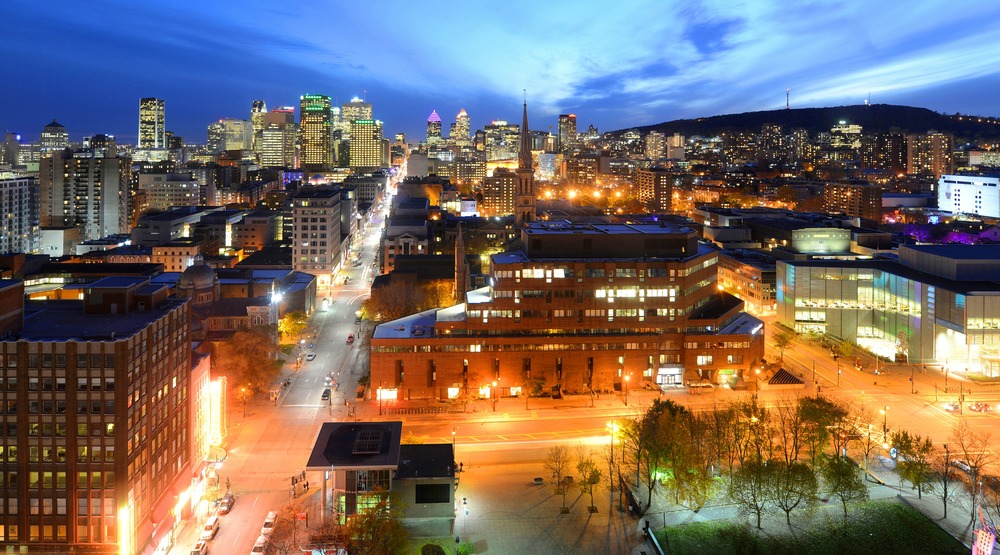 Toronto may be the biggest city in Canada and Vancouver has mountains and the ocean, but Montreal’s charm is truly something special. Though it may be slightly smaller than its Canadian counterparts to the west, Montreal is North America’s slice of Europe.

From the festivals to the overwhelming amount of amazing foodie spots, here are 10 reasons why we love Montreal.

The rest of Canada knows Quebec as the Francophone province but what they may not know is that Montreal is ridiculously bilingual. Whether you’re French or English speaking, you’ll have no troubles travelling to Montreal and making your way around the city. This is one of the things that makes this city so great! It is accepting of French-Canadian and English-Canadian culture, making it a kind of cultural utopia in Canada.

It has amazing shops

From hipster vintage shops in the Mile End to mainstream retail chains on Sainte-Catherine, Montreal is the place to be when it comes to shopping. Plus, we all know that Montrealers are the most stylish people in Canada.

It hosts world-renowned festivals throughout the year

Just for Laughs, Osheaga, and the Montreal Jazz Festival are just a few of Montreal’s internationally known festivals. People from all over the world flock to Montreal during the summer to watch their favourite comedian or listen to some kickass music outdoors.

A photo posted by Ferrari Maserati of Quebec (@ferrarimaseratiquebec) on Jun 4, 2016 at 7:50pm PDT

Montreal is the perfect representation of Canada’s multiculturalism. 32% of the city’s population is made up of minority groups ranging from South Asian to Latin American to Korean. This means that you can experience different cultures wherever you go in the city. From Little Italy to Chinatown, you will never get tired of Montreal and its people.

You can find every type of food imaginable

Thanks to the diversity of Montreal mentioned above foodies can find every type of food in Montreal, from Cubano sandwiches to Thai noodles. And of course we can’t forget all of the delicious French-Canadian food like poutine, smoked meat, and Montreal-style bagels. In addition to the diverse range of food, it’s also very reasonably priced compared to the rest of Canada. With its abundance of bring-your-own-wine restaurants and romantic outdoor patios, dining in Montreal is amazing.

Montreal is the nightlife capital of Canada. Canadians and Americans know it, which is why we get so many tourists coming to here for bachelorette and birthday parties. Additionally, Montreal boasts some awesome clubs and bars. If you’re looking for a fun night out, be sure to hit up Saint Laurent Boulevard or the Old Port.

Montreal really is as European as they say – at least in terms of alcohol consumption. You will find bring-your-own-wine restaurants all around the city, and you’re legally allowed to drink in any one of Montreal’s picturesque parks as long as you have food with you. It’s pretty much paradise. Did we mention that is alcohol cheaper to purchase than in the rest of Canada?

The cost of living in Montreal is lower than any other major city in Canada. Unlike your friends living in Toronto or Vancouver, three quarters of your paycheck each month won’t have to go towards rent. In addition to rent, public transport, groceries, and education are much less expensive than in the rest of Canada.

It has beautiful parks

Montreal has achieved the perfect balance of urban and natural jungle. We have a sizeable downtown core, but we also have some gorgeous parks allowing Montrealers to relax under the sun after a long week of work.

It is super bicycle-friendly

Montreal is a cyclist’s paradise. It has nearly 400 miles of bike lanes, 150 miles of which are separated from motor traffic. The city also has approximately 5,000 Bixi bikes in circulation allowing Montrealers to go for a quick bike ride on the go. In addition to the practical bike paths around the city centre, Montreal also boasts several scenic cycling routes along the St. Lawrence River and the Lachine Canal.