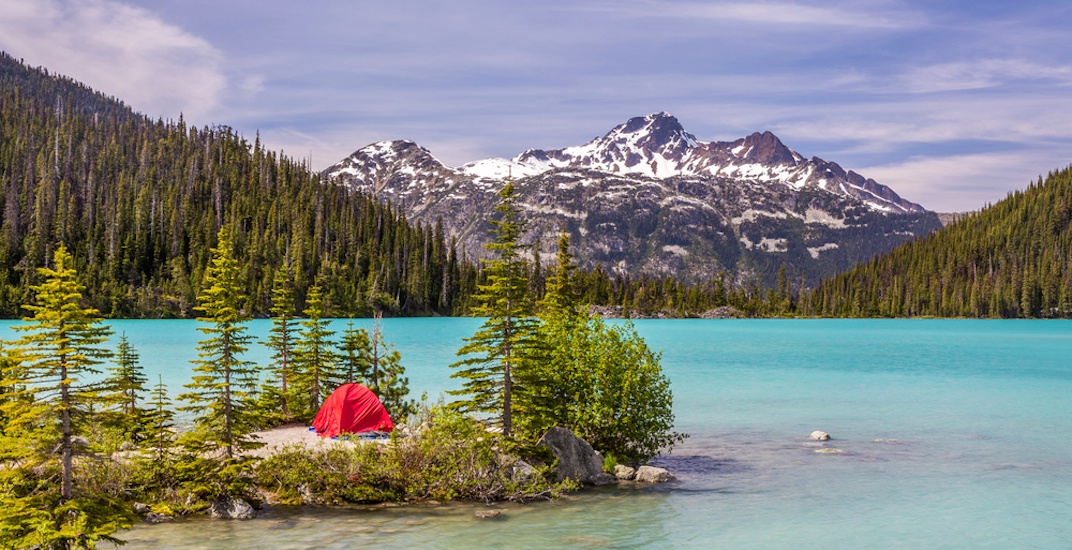 A camping tent at Upper Joffre Lakes, BC. (Pierre Leclerc/Shutterstock)

Putting together your British Columbia bucket list, but you’d rather chill than thrill? Daredevil activities like bungee jumping and white water rafting just aren’t your thing? Take a walk on the mild side with these serene BC adventures — the R&R is guaranteed. 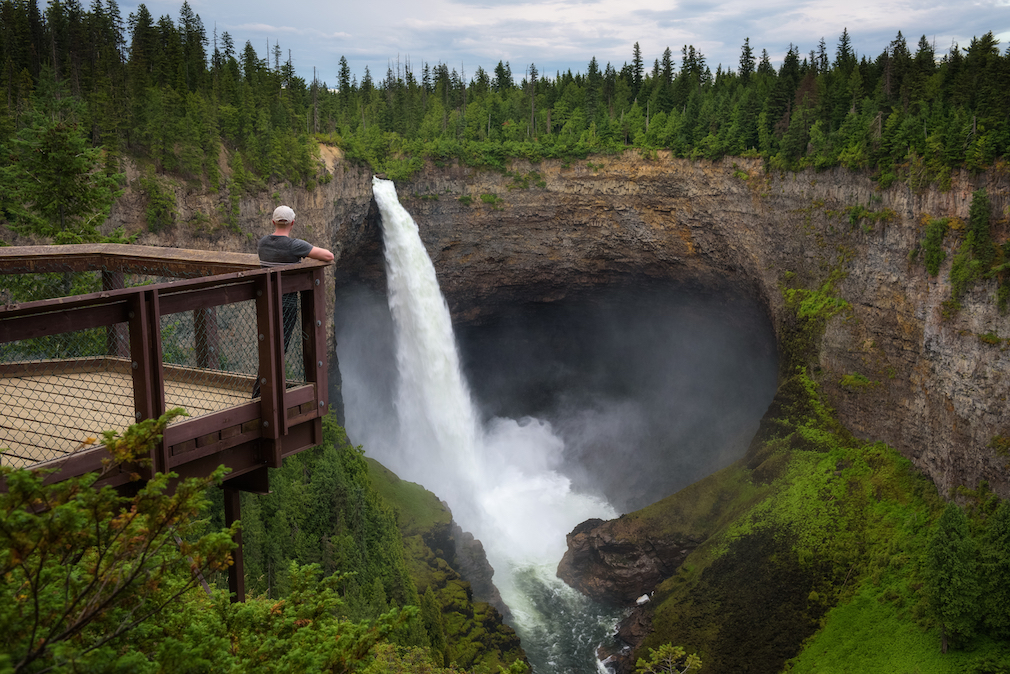 The 41 named waterfalls in Wells Gray Provincial Park near Clearwater demonstrate the awesome power of Mother Nature. Of the park’s seven waterfalls that originate on the Murtle River, Helmcken Falls is the most famous. It’s worth the trek to reach the viewing platform, which hangs over the lip of the canyon and affords a simply stunning panoramic view.

Other popular spots in BC to sit back, relax and get lost in the zen experience of contemplating thousands of gallons of rushing water include Shannon Falls, near Squamish; Englishman River Falls, near Nanaimo; Bridal Veil Falls, near Chilliwack; Takakkaw Falls, near Field; and Brandywine Falls and Nairn Falls, near Whistler. 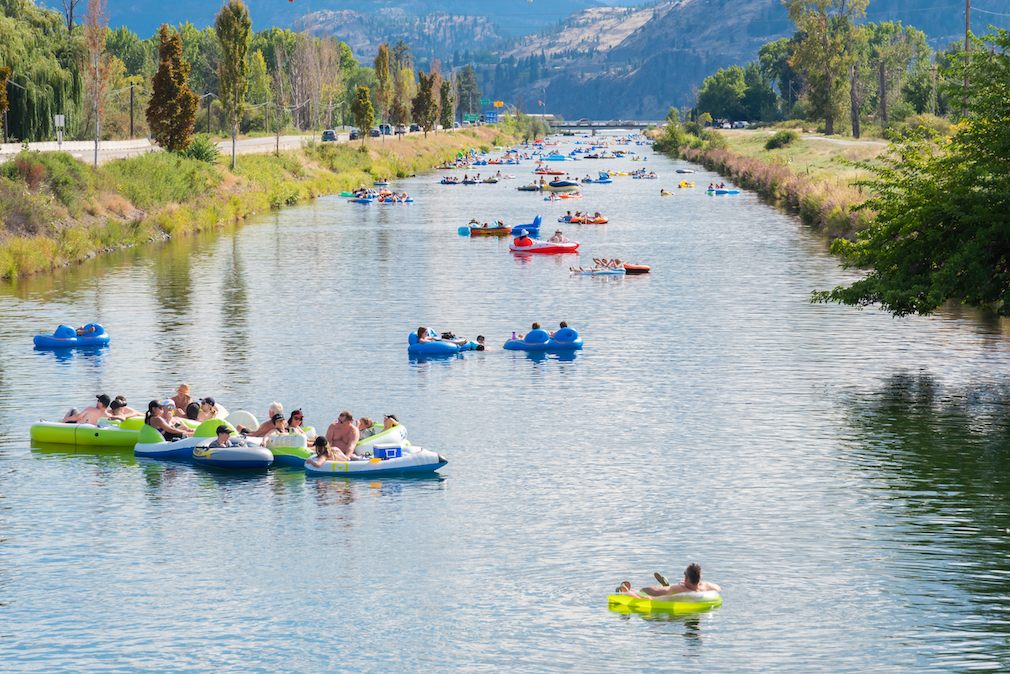 While away, a hot afternoon with a long and lazy float down the Penticton River Channel. It takes two to three carefree hours (depending on the day’s current) to tube down the 7-kilometre channel, connecting Okanagan and Skaha lakes. Ducks and Canada geese often join in the floating fun.

To rent single or double tubes, or “party islands” for up to 12 people, contact Coyote Cruises. They also offer waterproof gear bags, waterproof speakers and shuttle buses back to the starting point.

As for what to do after an afternoon of peaceful drifting, did you know there are more than 85 wineries in and around Penticton? Just sayin’… 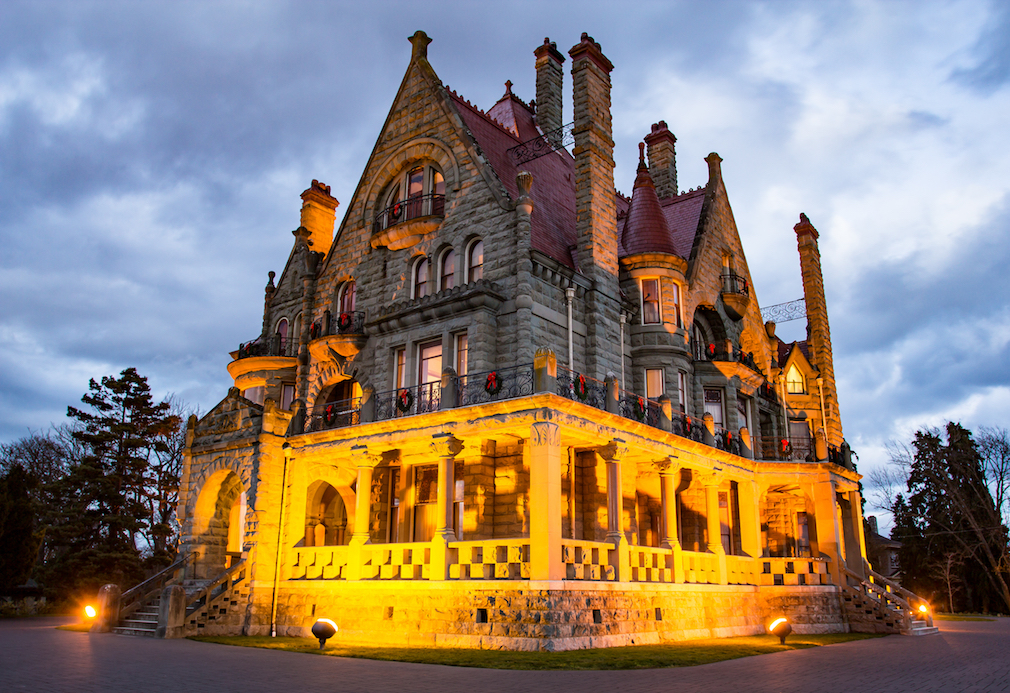 The West Coast isn’t exactly known for castles, which makes Craigdarroch Castle in Victoria all the more intriguing. Built by coal baron Robert Dunsmuir between 1887 and 1890, this oversized mansion epitomizes the flamboyance and extravagance of Victorian-era “bonanza castles” constructed by industrialists to flaunt their wealth.

Meander through Craigdarroch Castle and learn about the turbulent history of the Dunsmuir family: the patriarch who died before the castle was completed; the sons who fought their own mother for ownership of it; and the son who lived with a divorced woman for almost 20 years, finally married her after his father’s estate was settled, then died six weeks later while on his honeymoon. Over the years, the opulent building has also been used as a military hospital, college, school board office and music conservatory.

As a bonus for your bucket list, check out Hatley Castle on the grounds of Royal Roads University, just a short drive away. The mansion itself is not available for tours right now, but you can wander around the grounds and gardens of this medieval-looking castle built by Robert Dunsmuir’s son, James. You might recognize it from movies and TV shows such as Smallville, MacGyver, X2: X-Men United, X-Men: The Last Stand and both Deadpool films. 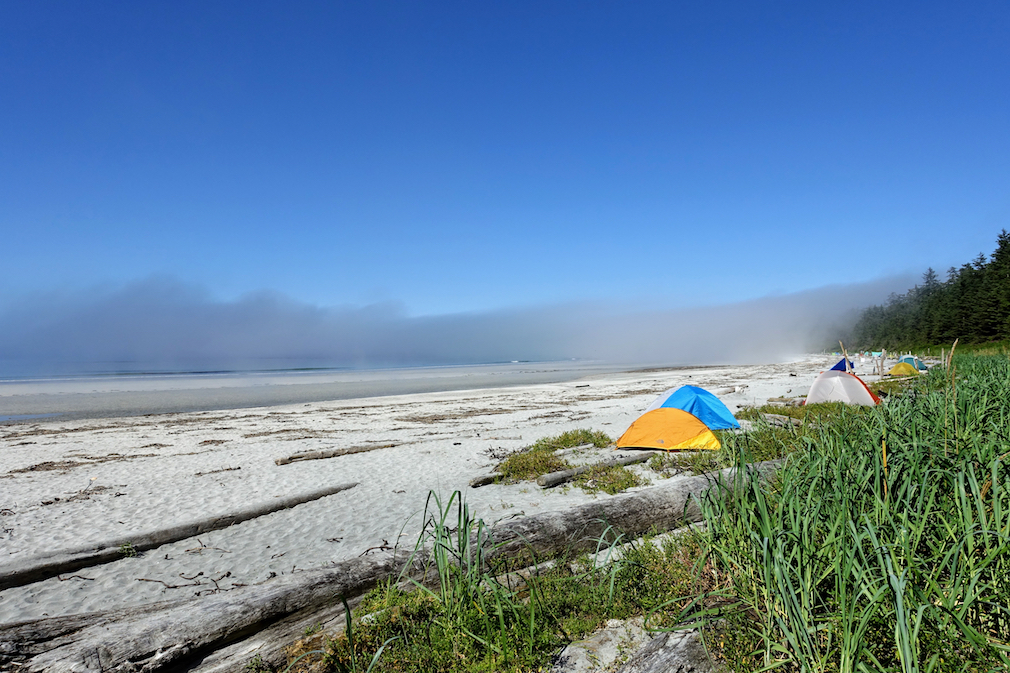 Say goodbye to city stresses and hello to British Columbia’s most glorious scenery with a few days (or a few weeks) of camping under the stars. BC has rustic camping for rugged outdoor adventurers, upscale glamping close-ish to urban centres, and everything in between.

Camping spots that require a reservation can be booked up months ahead of time. Check the BC Parks website to find out more information about individual parks, and make reservations through Discover Camping. 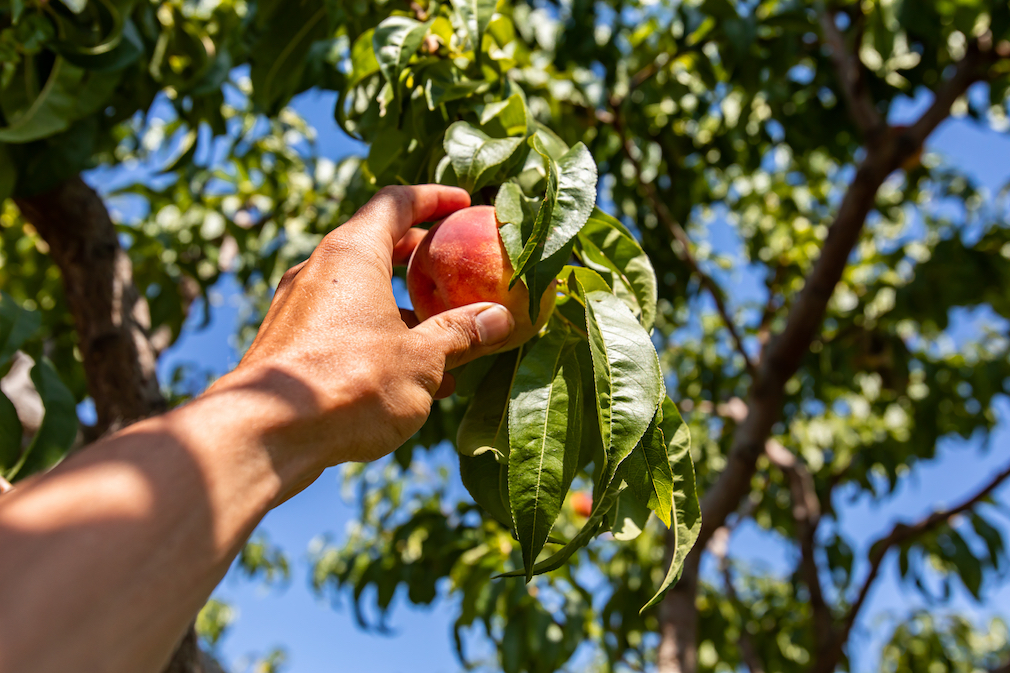 Nothing says “quintessential BC bucket list experience” quite like biting into a juicy piece of fruit, still warm from the sun. Head to the Okanagan or the Fraser Valley for fresh peaches, cherries, plums, grapes and more. Some places will even let you pick your own. 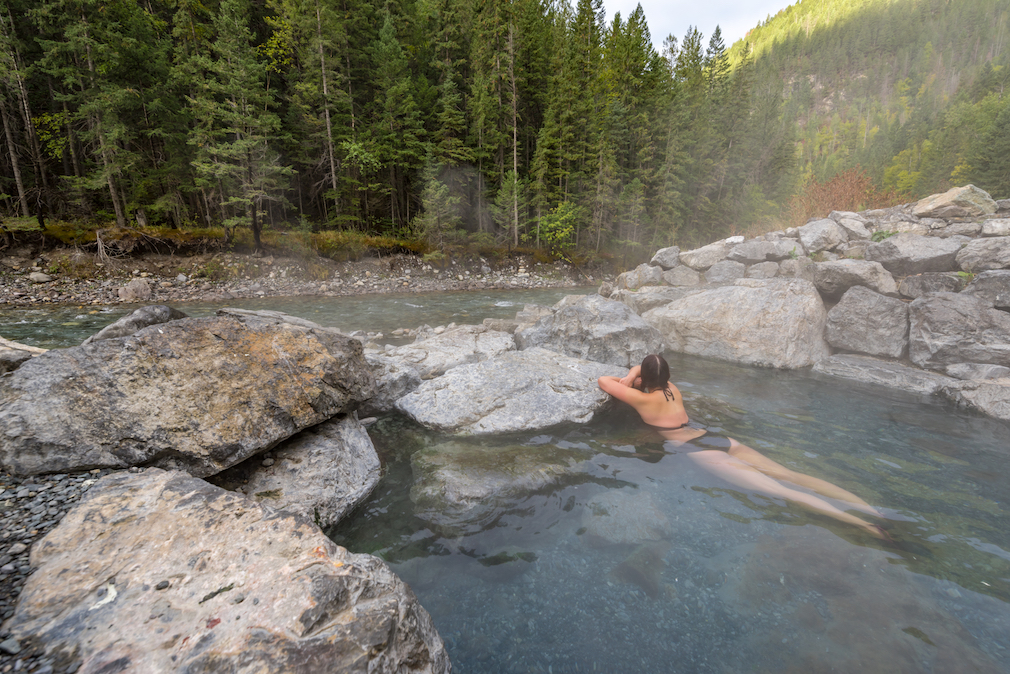 British Columbia is dotted with natural hot springs, especially in the Kootenay Rockies region. Some are hidden away in the pristine wilderness, while others have the hustle-and-bustle feel of a busy spa. But all of the province’s mineral springs have one thing in common: natural healing powers. Local Indigenous peoples have long used the spring waters to relieve pain, improve circulation, detoxify the skin and quiet the mind.

For the max in relax, head to Harrison Hot Springs, which has both indoor and outdoor pools; Radium Hot Springs, not far from Banff; or Nakusp Hot Springs, nestled in the lush forest. To really venture off the beaten path, visit Sloquet Hot Springs, a picturesque spot in the woods about 2.5 hours from Whistler. But go early because there are no reservations for the 20 overnight camping spots. 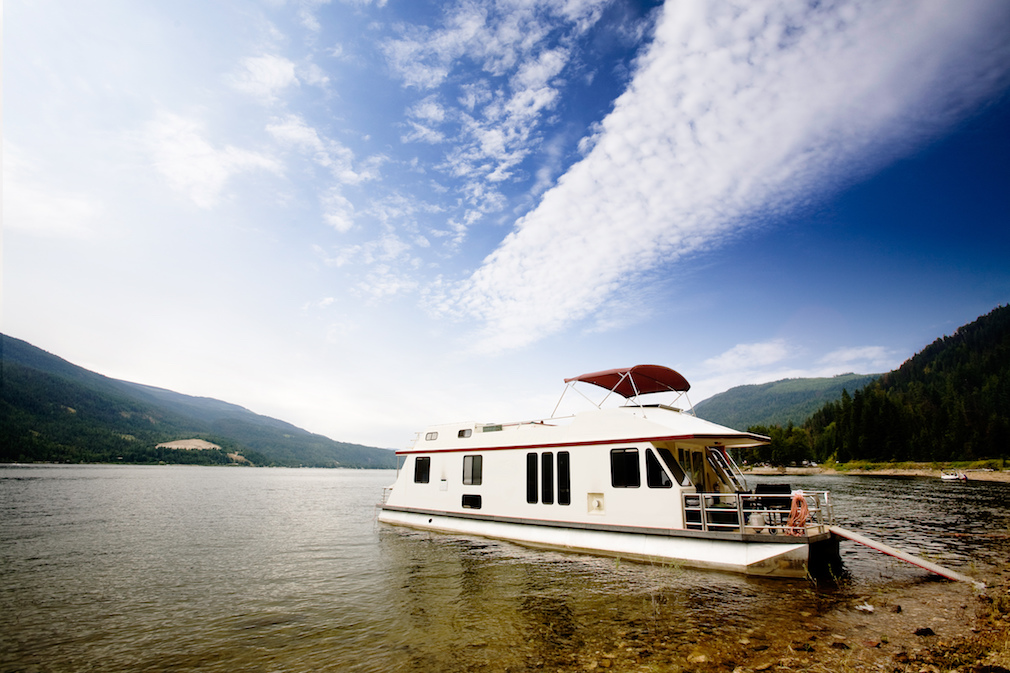 If you think “houseboat” is synonymous with “party boat,” think again. Renting a houseboat on Shuswap Lake can be a practical and peaceful way to experience the region’s beauty — while staying far away from everyone else.

Spend leisurely days swimming, fishing and kayaking, or explore nearby hiking trails, golf courses and wineries. Make sure to include some R&R time at one of the many secluded beaches, just soaking up the natural beauty.

And if one of those noisy party boats does pull up right next to you? Just pull up anchor and move your temporary home to a quieter part of the lake. Problem solved. 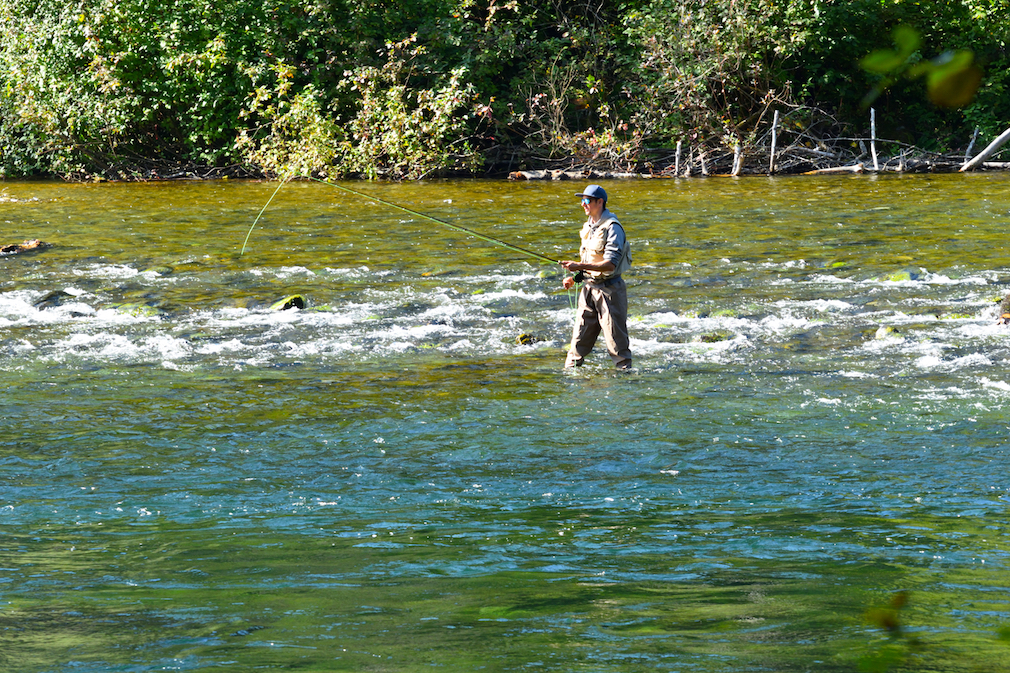 If your bucket list includes catching fresh trout or salmon for dinner (but you’d also be happy with a tale of “the one that got away”), then grab a rod and reel and head for the water. British Columbia boasts some of the best lake, river and ocean fishing in the world.

Find more than 100 lakes along the Cariboo’s Highway 24, nicknamed the Fishing Highway. Go for salmon, steelhead and trout in a rushing river. Or get away from it all at a remote fishing lodge in picturesque places such as Campbell River, Port Hardy, Port Alberni and Haida Gwaii. 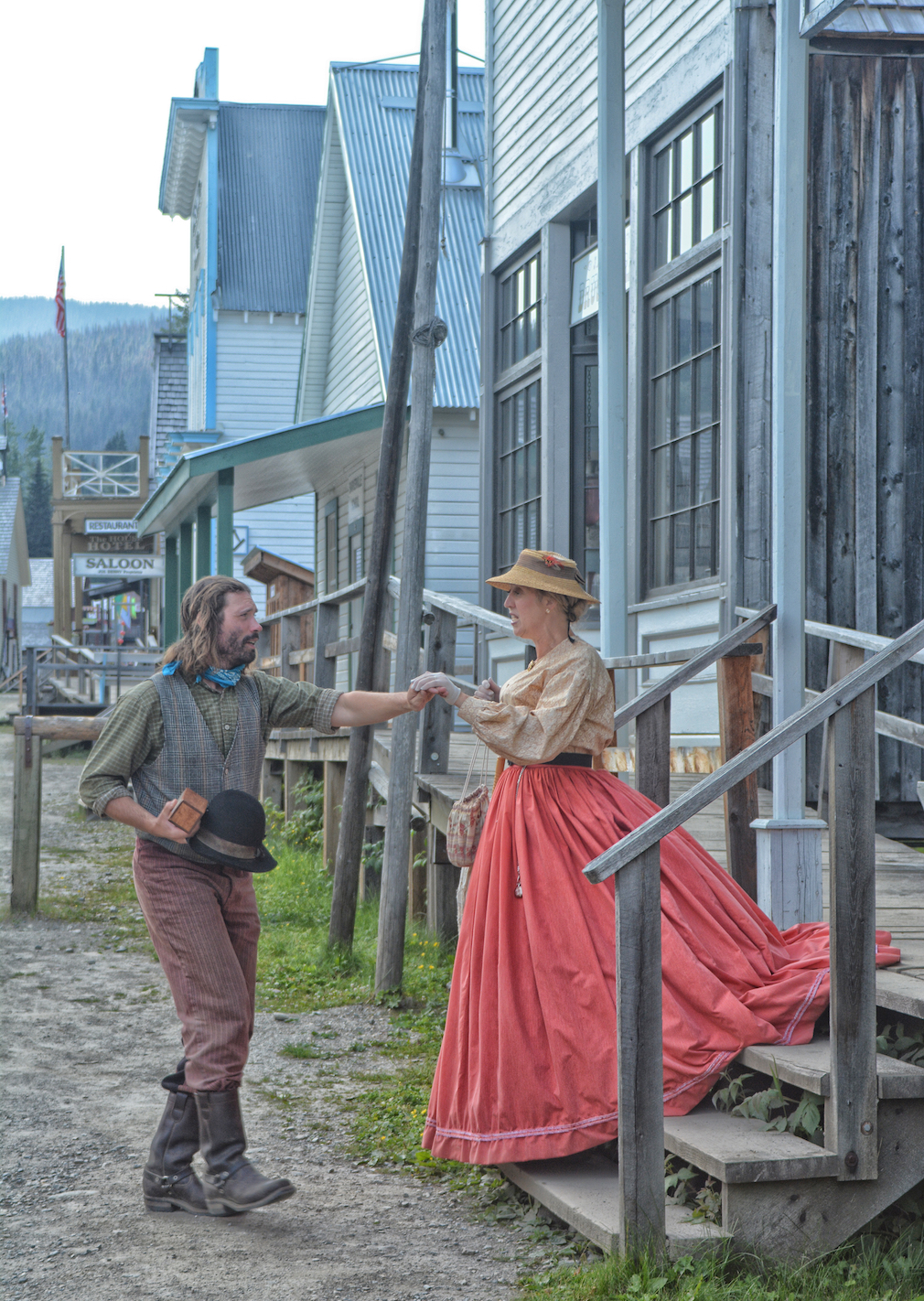 The gold rush town of Barkerville/Shutterstock

Of the many towns that popped up during the Cariboo Gold Rush of 1861 to 1867, Barkerville became the most famous. Today you can tour the quaint little town founded by English prospector Billy Barker, who pulled out 37,500 ounces of gold during the rush but died penniless in Victoria three decades later.

Barkerville definitely needs to be on any history buff’s bucket list. You can pan for gold, ride a stagecoach, see a waterwheel demonstration, wander through a cemetery, listen to street music, explore one of Canada’s oldest Chinatowns — and daydream about what 37,500 ounces of gold could get you today (FYI, it would be worth more than $66 million). 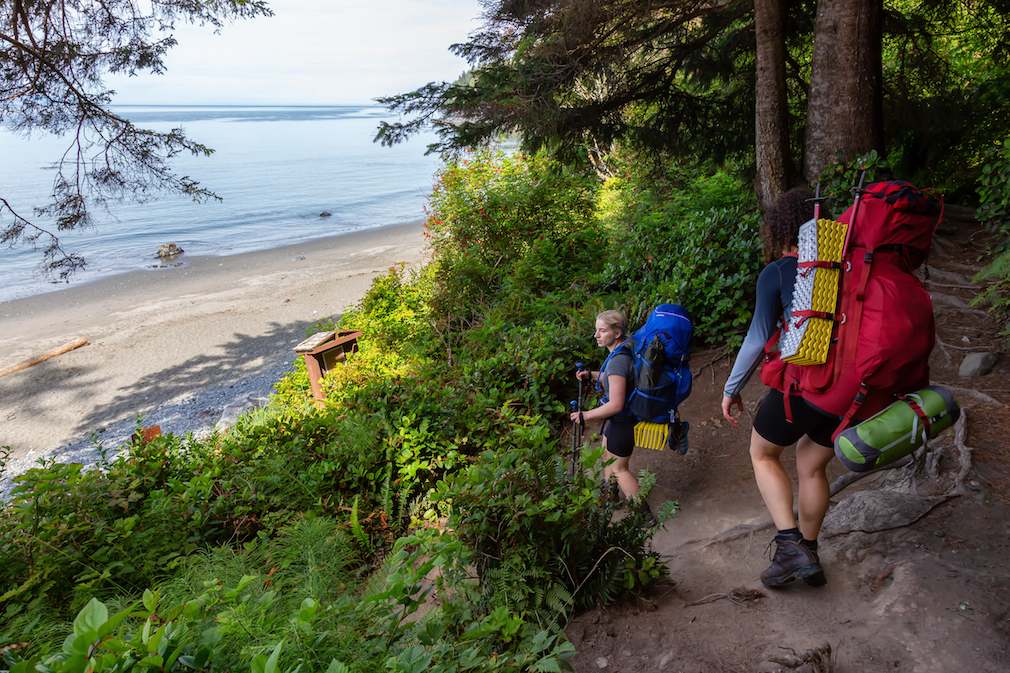 Were your boots made for hiking? Lace them up and head out for a quick nature walk, a challenging hike up a mountain or a multi-day hiking trip that will test your mettle both physically and emotionally. But occasionally pause to take in the spectacular scenery.

British Columbia boasts so many beautiful hiking trails that it’s difficult to narrow them down, but Mother Nature really outdid herself on a few in particular: the Sunshine Coast Trail, which goes from Desolation Sound to Saltery Bay; Al’s Habrich Trail, in Squamish; the Juan de Fuca Marine Trail, with its north end near Port Renfrew and its sound end at China Beach; and the Okanagan High Rim Trail, which stretches from Vernon to Kelowna.

How many of these chill adventures have you completed from your bucket list?