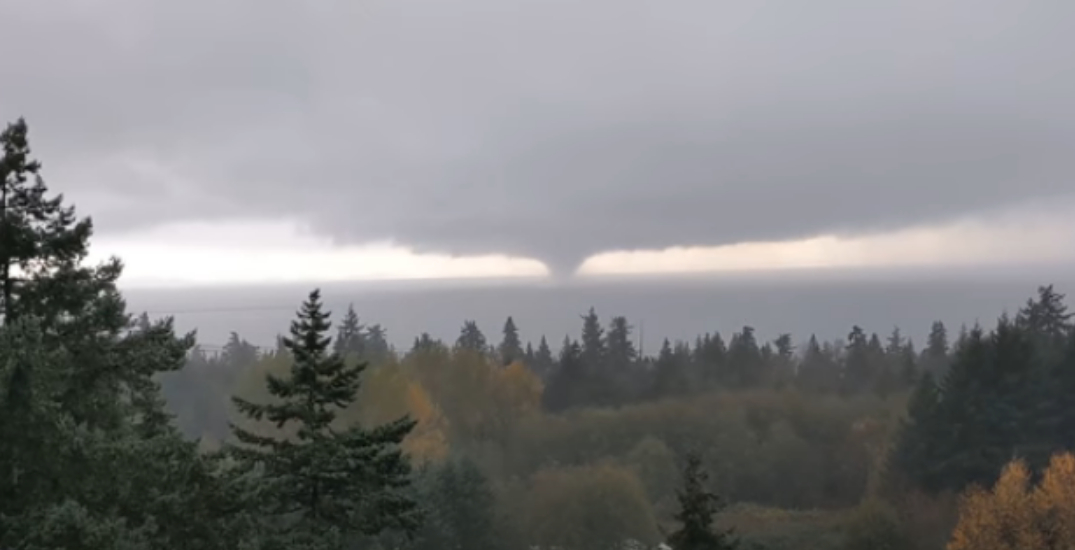 From wildfires to atmospheric rivers to a double “weather bomb,” Vancouver has seen its fair share of wild weather this year. And Mother Nature doesn’t appear to be offering any relief.

Metro Vancouver was placed under a tornado watch this weekend after a waterspout was spotted near the city’s airport.

Environment Canada issued the alert at 5:30 pm on November 6, stating that atmospheric conditions were favourable for the development of waterspouts or weak funnel clouds.

While it was rescinded less than 30 minutes later, the storm still had plenty of time to wreak havoc across the region.

Vancouverites were quick to capture the rare event, sharing footage of the chaos on social media.

did anyone else see this in south van? #vancouver #waterspout #tornado #yvr pic.twitter.com/q7BXqfDnw1

Footage taken at the University of British Columbia shows what appears to be a small twister touching down on the campus’ golf course (warning: NSFW language).

Trees were downed across campus, affecting roadways and transit lines. TransLink, the city’s main transit system, said it could take days to clear the debris.

While the worst of Vancouver’s wild weather appears to have passed — for now — a special weather statement warns that strong winds are expected to blow into the city Monday night.