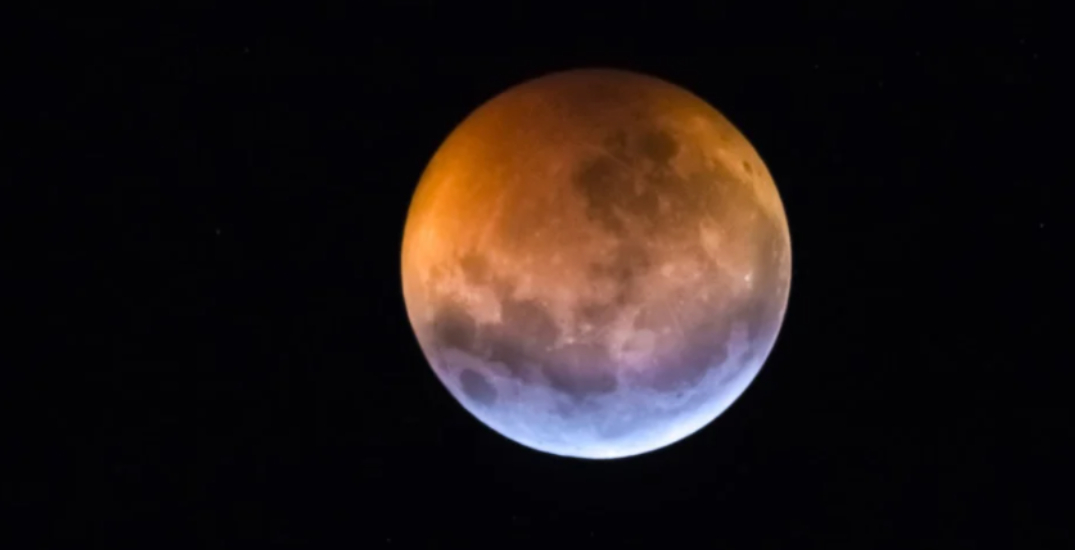 A dual celestial spectacle is coming to Canadian skies this month.

According to the Old Farmer’s Almanac, a full Beaver Moon will rise on Friday, November 19, accompanied by a near-total lunar eclipse.

The Beaver Moon will reach peak illumination at 3:59 am EST Friday morning, so be sure to look up after sunset on November 18 to catch a glimpse when it’s nearly full.

Likewise, the near-total lunar eclipse will reach its maximum at approximately 4 am EST on November 19.

Visible from most of North America, 98% of the moon will be covered by the earth’s shadow at the height of the eclipse.

Due to the moon’s point in orbit at the time, this lunar eclipse will last noticeably longer than most—over three hours versus the typical 60 minutes—the Almanac said.

As it’s not a full lunar eclipse, the Beaver Moon will not be a true Blood Moon, though it will still be a wonderous sight to behold.

The Beaver Moon is named as such because as it rises, its namesake rodents begin to take shelter in their lodges for the impending winter.

During the time of the fur trade in North America, the moon’s rising coincided with the peak beaver-trapping season, the Almanac said.

Alternative monikers for November’s moon also highlight animals’ winter preparations, such as the Digging Moon and the Geese Going Moon.

Check out the Old Farmer’s Almanac to see when this month’s Full Beaver Moon and partial lunar eclipse will be visible in your area. Happy moongazing!