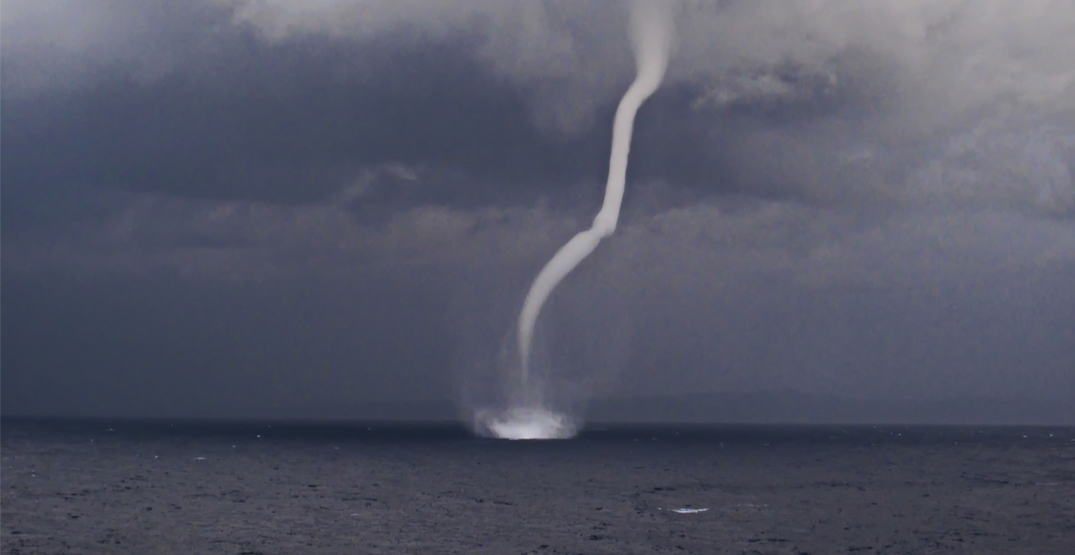 On Saturday, November 6, the weather turned in Metro Vancouver as a thunderstorm rolled in. Then, Environment Canada issued a tornado watch in effect for the North Shore, including West Vancouver and North Vancouver.

Tornado watches are issued when atmospheric conditions are favourable for the development of thunderstorms that could produce tornadoes.

According to the agency, the atmospheric conditions were favourable for developing funnel clouds and there’s the possibility that brief, weak tornadoes could form.

West of the Vancouver International Airport, a waterspout was spotted, according to the alert. It’s was moving towards West Vancouver and the opening of Howe Sound, including Bowen Island.

“Current indications are that it is weakening but the atmospheric conditions are favourable for the development of waterspouts or weak funnel clouds over the next few hours,” read the first alert.

“This is a dangerous and potentially life-threatening situation.”

The agency is warning everyone to be prepared for severe weather and to take immediate cover if threatening weather comes your way.

Here are the recommendations from Environment Canada when a tornado warning is issued: