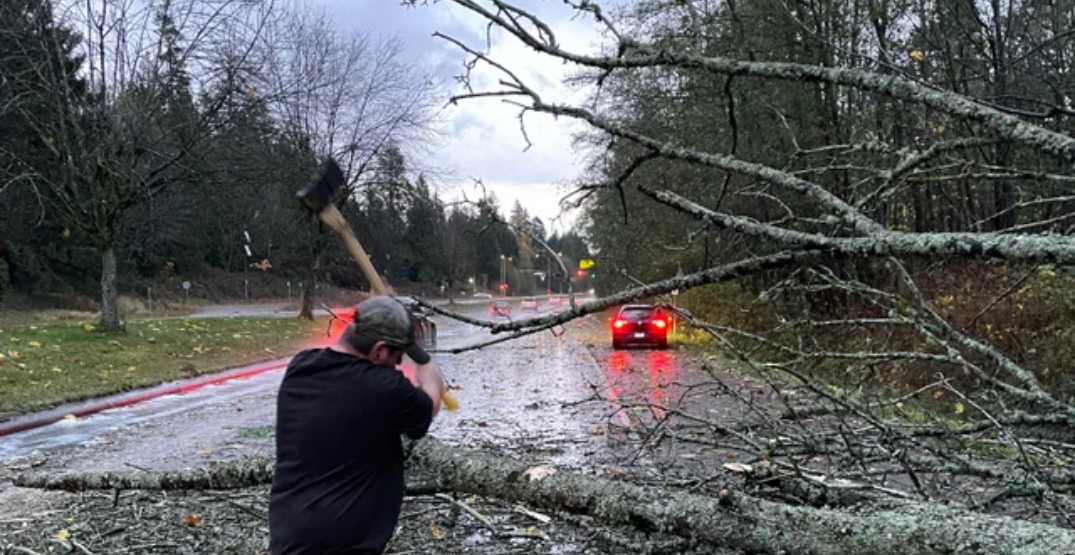 After an extremely rare storm tore through UBC, downed trees have made some roads virtually impassable.

TransLink said in a statement that University Boulevard from Blanca Street to Wesbrook Mall is closed to all traffic due to fallen trees from Saturday’s storm.

Bus services on the 099 B-Line, 004, and 014 are being diverted along West 16th avenue until the roads are cleared using traditional buses. 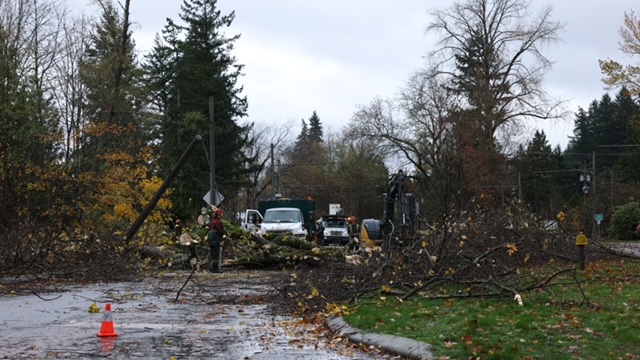 “Our crews are working hard to restore service as they wait for the City of Vancouver to clear the large number of fallen trees. We have been advised, this could take several days, until regular access is opened to traffic on this route,” said TransLink.

TransLink transit alerts show that many routes to UBC have been affected by fallen trees on the road and downed trolley lines.

Late in the afternoon on Saturday, November 6, drivers and commuters found themselves stuck on major routes by UBC campus.

TransLink tweeted out that there were delays between 20 to 45 minutes caused by traffic congestion and fallen trolly lines.

Due to fallen trees from yesterday’s severe windstorm, University Blvd from Blanca St to Wesbrook is closed to all traffic.

My son – out on transit alone for the first time – sent these videos from Chancellor Blvd. He said 3 trees are down, so no traffic can get through. All passengers on many buses had to get off & walk #bcstorm pic.twitter.com/7cPRcI8ekU

There were also power outages in the area, and BC Hydro tweeted out that they had a crew on its way to restore power due to an outage “caused by a motor vehicle accident.”

A crew is on the way to an outage caused by a motor vehicle accident impacting 764 customers in #Vancouver. They’re expected to arrive by 6:20 p.m. and will post status updates as available here: https://t.co/PR0eH1rVnw pic.twitter.com/kgRwrFljy3

By Sunday morning, only one area on UBC was still without power due to downed powerlines by University Boulevard and it could be days until roads are cleared.

TransLink said that impacted bus stops along University Boulevard have been updated with signs to tell customers about the alternate routes.

Transit users can use the Trip Planner or call 604-953-3333 to get help planning their routes.