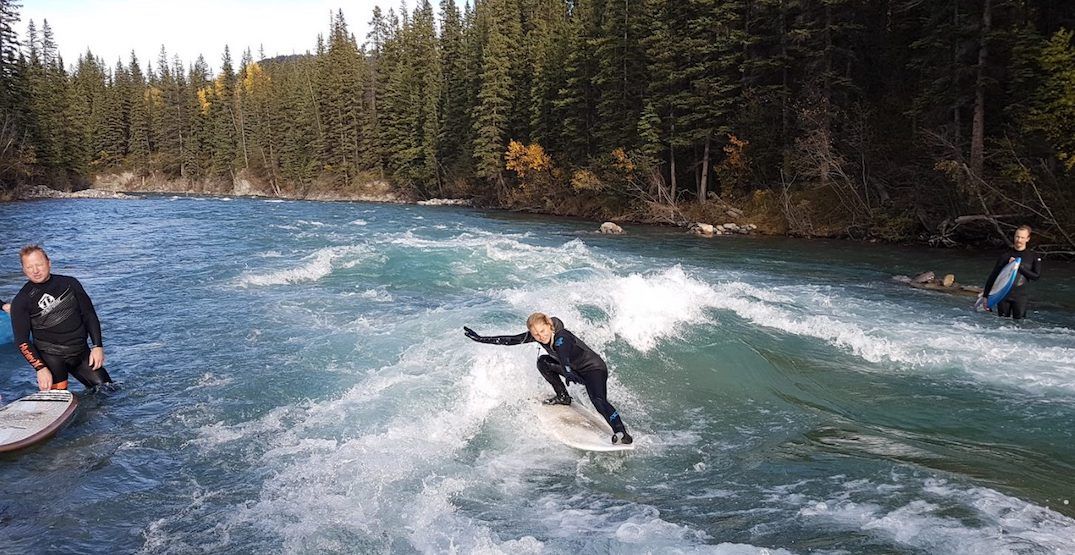 Just because Alberta is a land-locked province doesn’t mean that you can’t find some surfable waves — you just need a wetsuit to do it.

The Alberta River Surfing Association is a non-profit organization that aims to build, protect, and maintain rideable waves in rivers around the province.

The group has put together the Slam Festival for this summer, a multi-day celebration of surf, skate, arts, and music at various locations throughout Calgary and Kananaskis Country.

“Slam has emerged as the world’s first and only ‘mountain surf’ festival,” said Jacob Kelly Quinlan, the vice president of Alberta River Surfing Association, in a release.

This year’s festival is hoping to draw attention towards the Alberta River Surfing Association’s latest proposed project, a complete redevelopment of the rideable wave on Calgary’s Bow River.

The project would include the installation of wave generators, an urban beach, and a bypass on the north side of the rivers that boats and rafts can use to pass by the waves near the 10th Street Bridge.

The Slam Festival will feature multiple events, including live music, pop-ups, and a skate clinic at Inglewood’s Brewery Flats on July 14; a skateboarding elimination challenge at Commonwealth on August 22; a history lesson on surf culture at Bridgette Bar on August 23; and a skate party at The Compound on August 24.

Full event details and times can be found at the Slam Festival’s event page.

The main attraction of the whole festival, however, will take place on Kananaskis Country on August 25. The Slam the Kan competition will pit surfers against each other to see who can ride the waves at the Stoney Nakoda Resort with the most style and power.

Tickets to the event are going for $50 online, and early-bird tickets include camping at the Stoney Nakoda Resort — though only 100 are available.

Where: Multiple venues throughout Calgary and Kananaskis Country

Tickets: $50 for Slam the Kan event, tickets to other events are free or can be found online