The City of Calgary is looking into new ways of getting travellers to and from the Calgary International Airport, and they’re asking residents’ opinions on what they’d like to see.

The Airport Transit Study, a project from the city that provides recommendations on a new rapid public transit system linking Calgary’s major LRT lines with the airport, began in 2017 and is now in its first phase.

While the project does not yet have any funding, the study will first gauge the public’s input on what type of transportation would be best for linking the airport to the rest of the city, where stations should be located (if any), and any concerns that Calgarians may have.

Currently, the only form of public transportation to and from the airport is bus transportation, with Route 300 BRT Airport/City Centre, Route 100 North Pointe/Airport/McKnight-Westwinds LRT Station, Route 32 Huntington/Sunridge, and Route 57 Erinwoods/McCall Way.

The Airport Transit Study is hoping to create a cross-town connection between the Greet Line and the Blue Line, along with a connection to the Calgary International Airport.

The study has put forth four types of technology to be considered for the project, with an Automated People Mover, Rubber Tires or Rail, Light Rail Transit, and Bus Rapid Transit appearing on the city survey.

People who engage in the survey are also being asked what they consider to be the most important evaluation criteria from a list that includes speed, comfort, environmental effects, accessibility, and more. 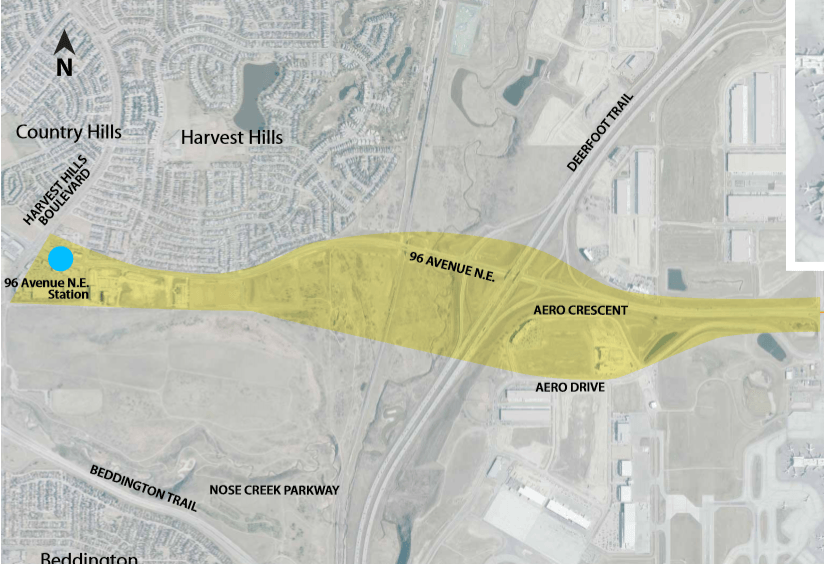 The public is also being asked to weigh in on the location of potential routes that the new rapid transit project could take, and where any potential stations should be located.

Results from the public engagement will be posted online sometime this summer, with the next phase of the project, which will refine the recommended plan, being rolled out in Fall 2018.

Anyone hoping to have their voice heard with regards to the proposed project can fill out the survey online or visit an open house on Wednesday, July 4 at 4:30 pm at the Genesis Centre (Multipurpose Room A #10 7555 Falconridge Boulevard NE).