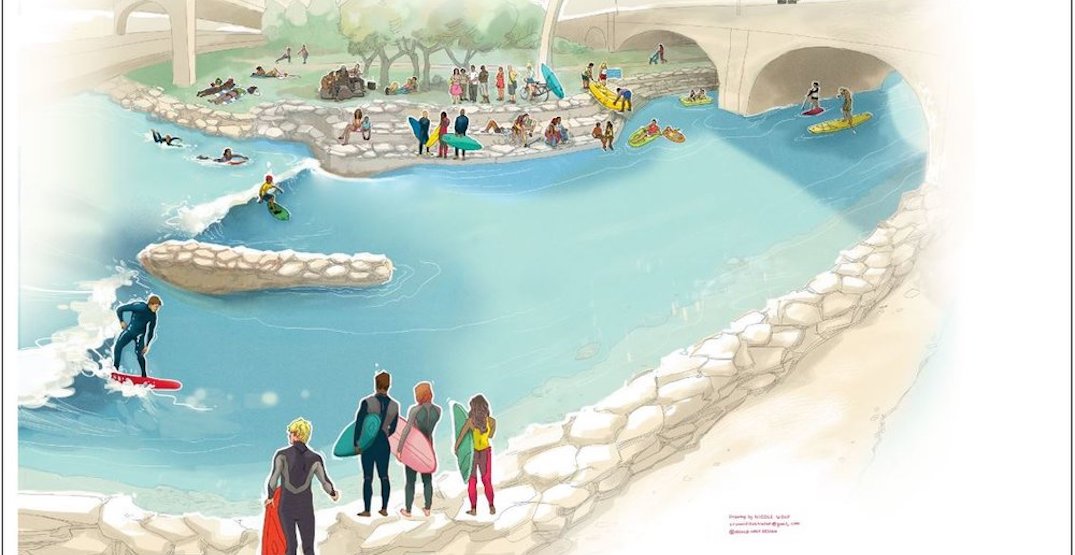 Forget the trip to Tofino — Calgarians have their very own selection of surfable waves.

While river surfing on the Bow River is nothing new, the Alberta River Surfing Association, along with Calgary-based organization Surf Anywhere, is hoping to crank the existing waves up to 11.

The plan is to install water level controlling technology that would lead to two consistent waves on the Bow River, reaching heights of up to 1.5 metres. 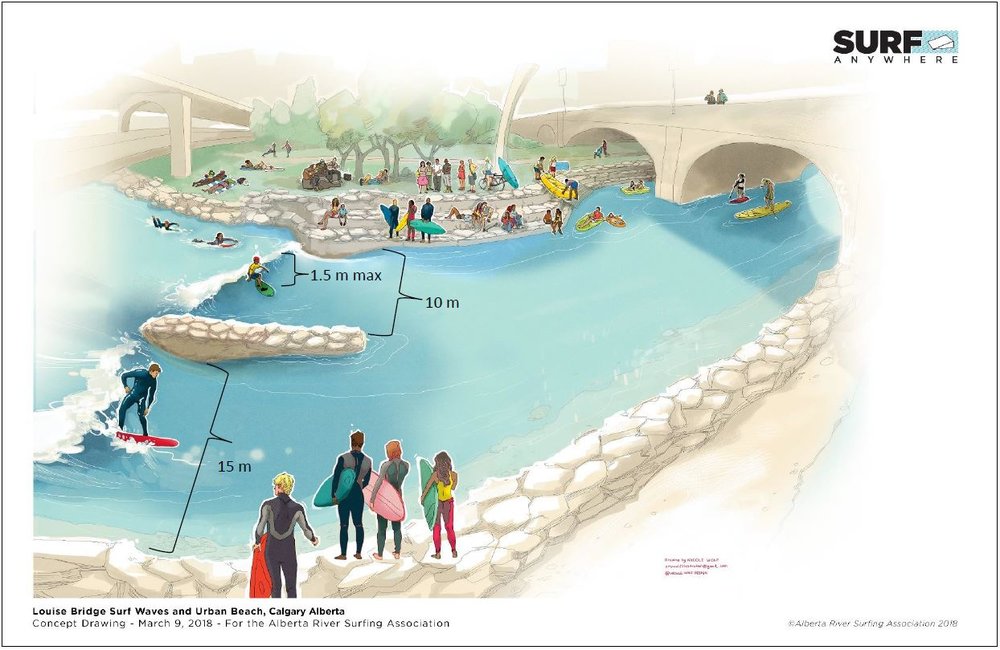 The structures would be installed on the river’s bed, and, according to the Alberta River Surfing website, would not impact flood risk, as they can be flattened before flooding occurs.

An urban beach is expected to be created beside the river surfing area to make watching the surfers, and waiting for your turn, more enjoyable. 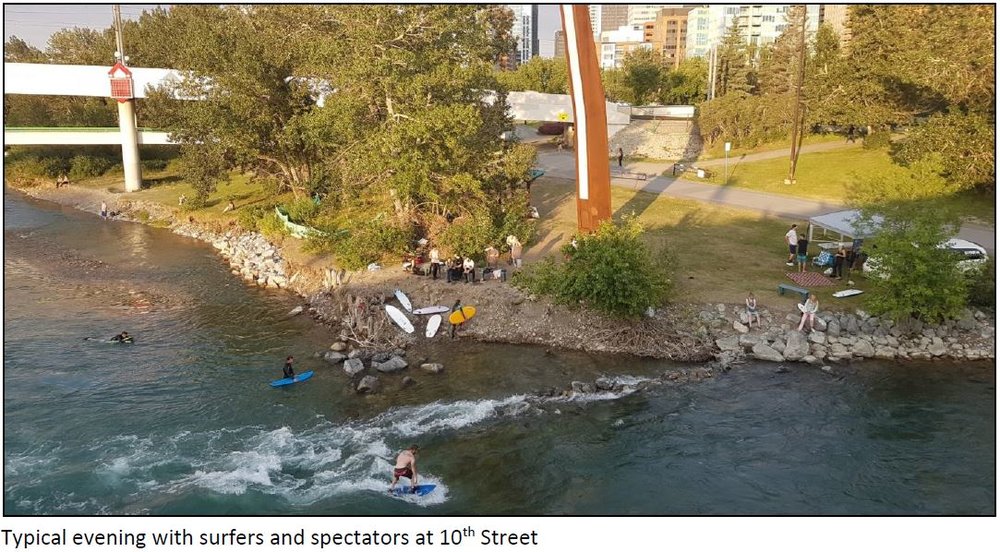 The area is already frequently visited by the city’s surfers, and this project aims to turn river surfing on the Bow into a viable tourist attraction, as well as a gathering place for the city.

The initial feasibility study and concept design have been completed, with the plan being to create the waves on the south side of the river, allowing for the surfing area to be bypassed by rafts, police boats, and tubes through the northern passage. 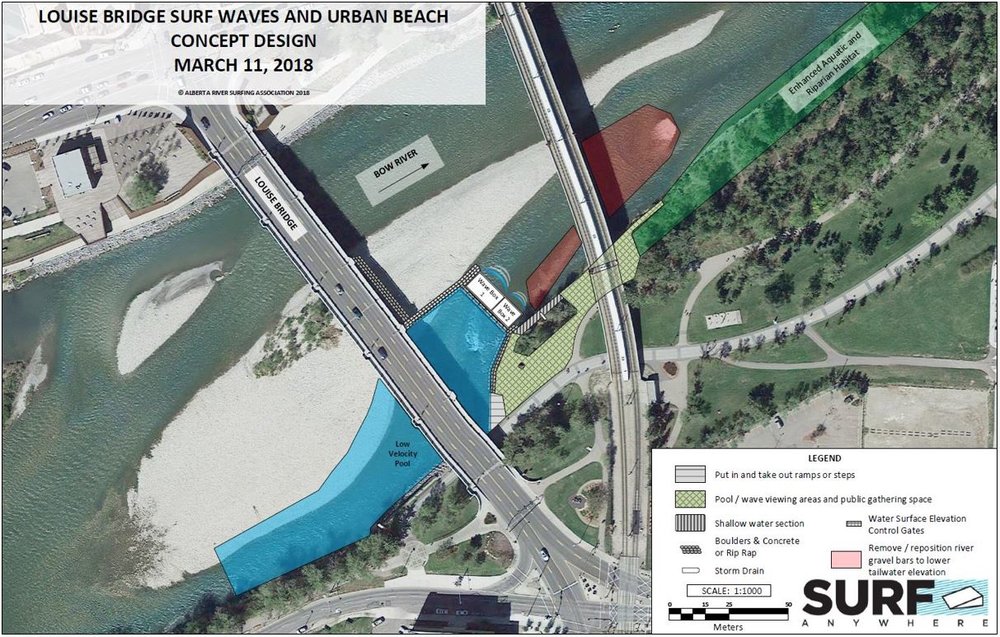 The waves will be contained to the south channel, allowing river traffic to pass through the northern channel (Alberta River Surfing Association)

According to the website, the entire project would cost approximately $6 million, though it is expected to bring in the same amount of money back to Calgary through increased economic activity within the first four to five years.

The Alberta River Surfing Association also predicts that the project would create an annual $1.7 million in economic activity in the years following.

The association is currently putting together a design report, which they will be presenting to the City of Calgary and the Province of Alberta to ask for their support.

“The development will make this section of river safer and more enjoyable for all river users, will improve the river and riverbank ecosystems, will create a vibrant cultural anchor on the west end of downtown and will result in millions every year in additional economic activity,” the website states.

If approved, Calgarians can expect the new waves and beach to be operational sometime between 2023 and 2028.