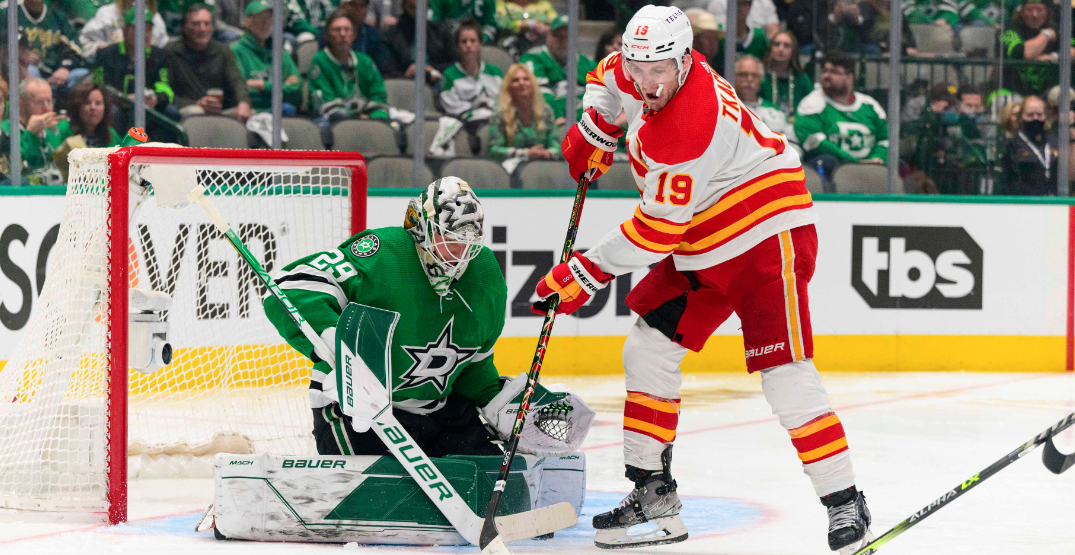 If Darryl Sutter is planning on making changes to his lineup with the chance to help the Calgary Flames clinch their first seven-game series win in seven years, he’s not tipping his hand.

Sutter, who infamously won’t talk lineup changes with the media, appears to be reuniting his top unit of Johnny Gaudreau, Matthew Tkachuk, and Elias Lindholm after moving away from the trio in the third period of Game 5’s come-from-behind victory to take a 3-2 series lead on the Dallas Stars.

Tyler Toffoli was added to the top group with Lindholm and Gaudreau, and Blake Coleman joined Mikael Backlund and Andrew Mangiapane — the trio that sparked the Flames to that Game 5 win. Tkachuk dropped to the third line with Calle Jarnkrok and Dillon Dube.

It appears, though, Sutter is going for a reset.

He could also use the 11-forward, seven-defenceman configuration for a third straight game. Should Sutter opt for the more traditional 12 forward set, it’s likely Brett Ritchie would draw back in after being scratched the past two wins.

Here’s how the Flames will line up, according to Salim Valji of TSN:

How long — or even if — this combination is used by the veteran Sutter remains to be seen.

What does seem more certain, though, are the Stars. Dallas, it appears, will keep the same configuration from Wednesday’s loss.

That means Michael Raffl will skate on the Stars’ top line with Joe Pavelski and Roope Hintz. Jason Robertson will flank Jamie Benn and Tyler Seguin on the team’s second unit.