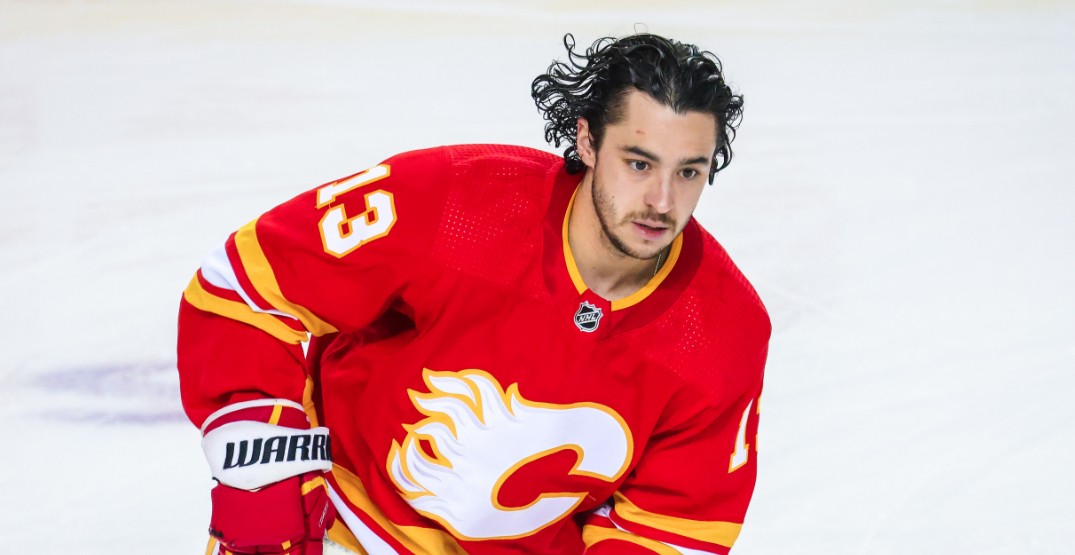 A puck to Johnny Gaudreau’s face with under a minute remaining in the first period might’ve had some of those with a vested interest in the Calgary Flames hitting the panic button.

Gaudreau, who quickly dropped his stick and one glove to assess the immediate damage, was quickly ushered down the tunnel, and he didn’t return before the buzzer signalled the end of the opening stanza.

Gaudreau popped back to the bench for the start of the second period, not missing a shift in what eventually became a massive 3-1 come-from-behind victory that launched Calgary into a 3-2 lead in their best-of-7 series with the Dallas Stars.

The bounce-back is quickly becoming a staple with the Flames’ leading scorer.

“We actually joked about it in between periods, just telling him what a warrior he was,” Calgary forward Blake Coleman admitted in a media availability before the Flames departed to Dallas for a potential series-clinching Game 6.

“Jokes aside, he’s taken some good licks. To his credit, it hasn’t fazed him. He’s gotten right back up and continued to play his game. I haven’t been here in years past, but having one of your best-skilled players show that toughness and grit goes a long way in the locker room, and I think he’s definitely been leading by example, especially over the last few games here.”

It’s just another dimension added to an evolving game from Gaudreau.

He’s gutted out high sticks, errant pucks, and plenty of attention from the opposition — something not necessarily seen from the generously listed 5-foot-9, 160-pound winger.

In past postseason appearances, there’s been criticisms that playoff hockey might not necessarily be to Gaudreau’s liking — the physical pace, extracurriculars, and lack of time and space rendering the peppy playmaker ineffective and sometimes invisible during previous runs.

Gaudreau’s bucked that past notion.

“John’s a warrior,” said Calgary defenceman Christopher Tanev, himself no stranger to sporting some battle wounds along with a few missing chiclets. “He comes to work every day and works his behind off. He does as much as anyone on the team.

“Johnny’s been awesome, as he’s been all year. He’s been our best player all year, probably. He continues to play well right now. We’re going to need him to continue to get better as we move on here.

“He’ll do whatever it takes to win.”

That’s held true so far. Gaudreau has shown the way in an ultra-low scoring series with the Stars.

He leads the team with five points (one goal, four assists) through the five-game series — factoring in on exactly 50% of the production on Calgary’s side.

What’s more, he’s playing a 200-foot game, contributing in the defensive end as much as on the offensive side of the puck.

And, as teammates attest to, playing in the fabric of the game.

In other words, he’s picked up right where he left off.

Gaudreau was tied for second in league scoring with an NHL career-high 115 points (40 goals, 75 assists) over 82 games. His +64 rating was the highest the NHL has seen since Wayne Gretzky in 1987.

So, whether the forward was a Hart Memorial Trophy nomination snub or not, the 28-year-old is continuing his trend of taking his game to the next step.

When it matters most.

“I guess I’m biased because I see him all the time, but he’s definitely one of the best players in the NHL. He’s what you buy tickets to watch. He’s one of those players that’s just so dynamic and he puts butts in seats,” Coleman said.

“The season he had is incredible, obviously. I think Johnny would be the first to tell you he’d trade the Hart for a Cup any day.