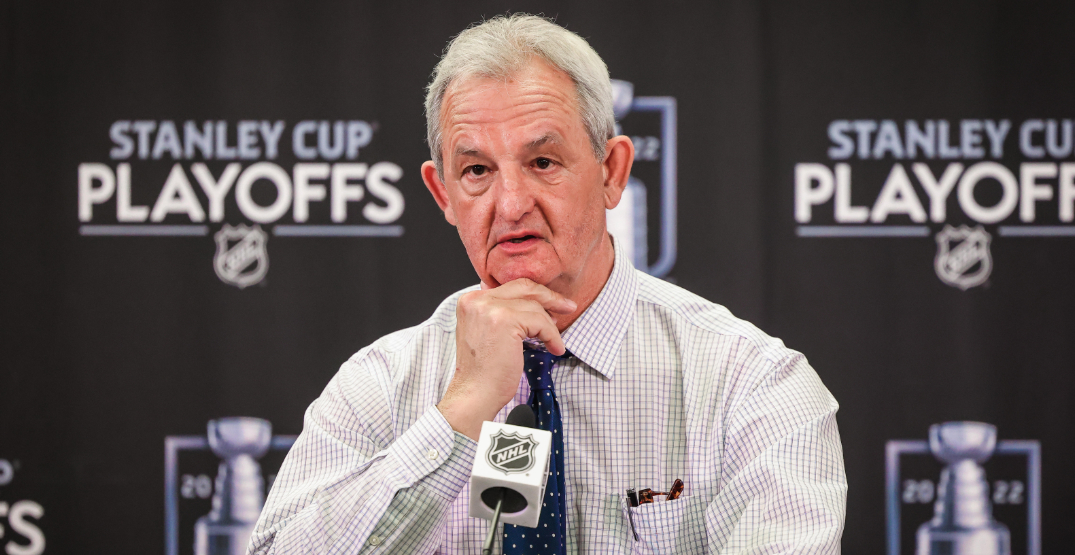 If Calgary Flames coach Darryl Sutter is making lineup changes for Game 5 of their opening-round series against the Dallas Stars on Wednesday, he’s not telling.

The skipper is mum, and that’s just the way it is.

“Unless the visiting team wants to go first and you ask them the question and they answer it, honestly, then why would I answer it,” Sutter fired back when asked if his lineup would be a fluid situation as it was heading into Game 4. “Get (Dallas coach) Rick (Bowness) up here, and we’ll talk about our starting lineups, just so it’s friendly for the media. Let’s go.”

Turns out Game 5 is being played both on and off the ice.

Sutter opted for an 11-forward, seven-defenceman configuration in Game 4’s win, a 4-1 decision that was Calgary’s best, most complete effort of the series.

“What I said when we played seven D was I didn’t like our defensive play,” he said. “We won the game. Won one lost two, won one. Changed the lineup.”

No word, obviously, if Sutter will duplicate that formula.

Milan Lucic is ready for either option.

“I think I speak for all the forwards…other than the top line, we’ve kind of all played with each other this year,” Lucic said. “Used to kind of playing with everyone. Just whenever you’re called upon, and Darryl gives you the tap to go out there, you know what your job is, and you know what you’re supposed to do. You just go out there and try to do it. It was fun to have different guys last game.

“It’ll be interesting to see what he’s going to do tonight.”

While Sutter isn’t saying, Bowness seemed to tip his hand a little bit in morning skate. He split up the top line of Jason Robertson, Roope Hintz, and Joe Pavelski. The latter two will move on a line with Michael Raffl, and Robertson will shuffle with Jamie Benn and Tyler Seguin.

Sutter wasn’t sure whether the Stars would make any adjustments coming out of the loss.

“You ask Rick that,” he said. “Then tell me so I can tell our players that.”

Here’s how the Flames lined up during morning skate, according to Pat Steinberg of Sportsnet 960: