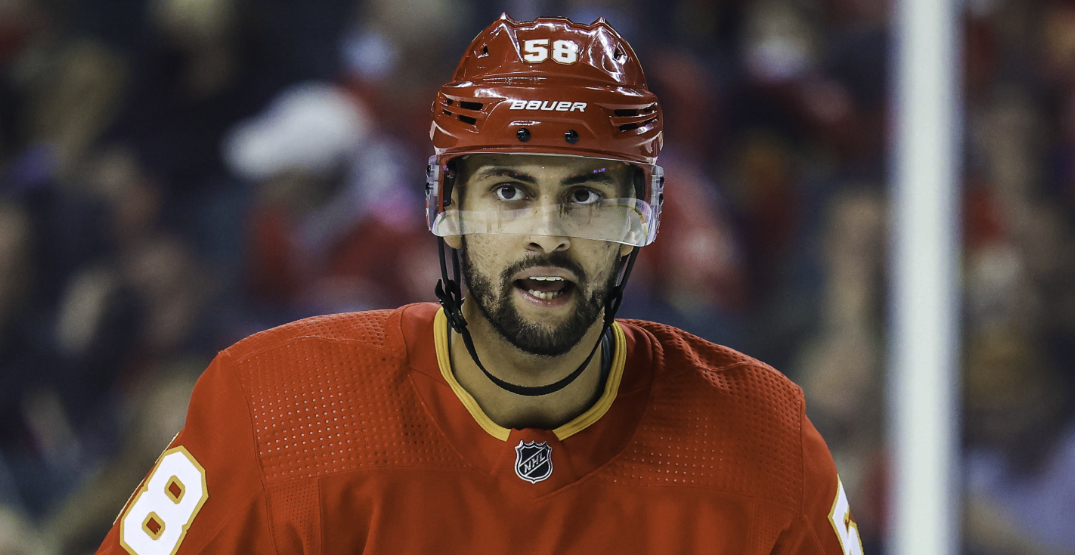 Calgary Flames defenceman Oliver Kylington was not among the 50 skaters on Sweden’s long list submitted for the 2022 Beijing Olympics in the fall, according to a report from Swedish outlet Aftonbladet.

Kylington is in the midst of a career season with the Flames, emerging as a top-four blueliner and leading all Calgary defencemen in scoring with an NHL career-high 12 points (3G, 10A) in just 21 games.

The 25-year-old is fifth overall in team scoring, and is averaging 17:27 of ice time per game after surging up the team’s depth chart.

“I do not want to comment on whether Oliver is with or not,” Sweden Olympic coach Johan Garpenlov said, according to Google Translate. “But we are looking at the possibility of adding names to the list.”

Countries had until October 15 to submit their long lists of approximately 50 players for the Olympics for drug testing purposes.

He is third in NHL scoring amongst Swedish-born defencemen in 2021-22, but even if added, there’s no guarantee Kylington would crack Sweden’s blue line.

Victor Hedman has already been named to the tournament, and candidates Rasmus Dahlin, Mattias Ekholm, Hampus Lindholm, Jonas Brodin and Alexander Edler are all left-shot defencemen Kylington would be in competition with.

Kylington is also competing with Flames teammate Rasmus Andersson. Andersson, a right shot, has 11 points — all assists — and is averaging 22:30 of ice time per game on Calgary’s top pair with Noah Hanifin.

Rosters are expected to be finalized in January.

The men’s tournament will run from February 9 to February 20.