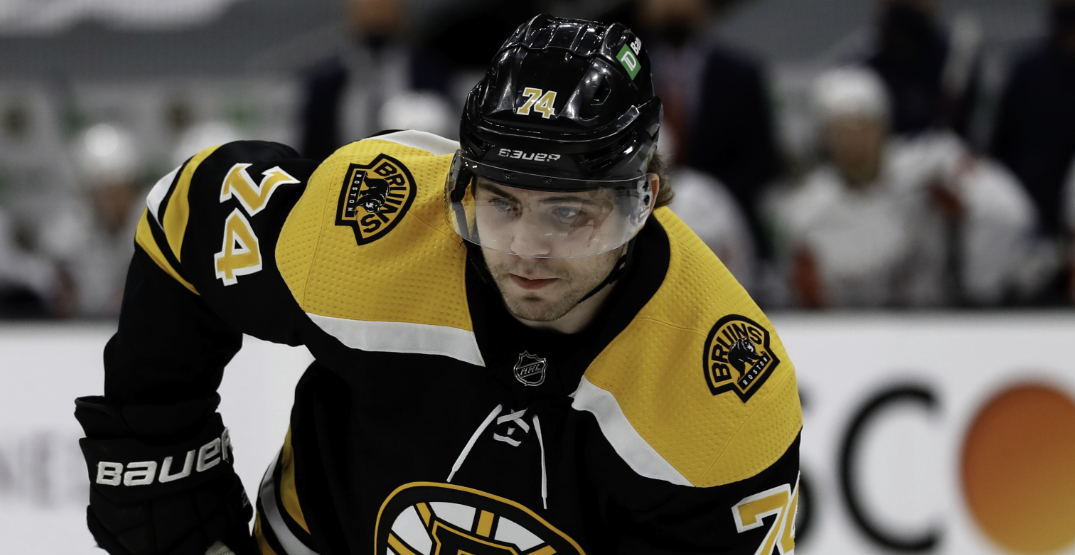 Jake DeBrusk is on the trade block and both of Alberta’s NHL teams are reportedly interested.

The Edmonton Oilers and Calgary Flames are among the suitors for the Boston Bruins forward, according to Nick Kypreos.

DeBrusk, 25, requested a trade from the Bruins on the weekend.

“Jake has certainly made it known he would prefer a new opportunity,” general manager Don Sweeney told reporters Tuesday. “We expect Jake to play well. This comes down to the Boston Bruins having to make a hockey decision and for Jake, it comes down to him playing his best hockey — whether that’s for us and hopefully that’s for us tonight — but also if it is leading to an opportunity elsewhere, he has to play his best hockey as a player. He knows that.”

“He’s shown a lot of maturity in trying to handle this as appropriately as possible,” Sweeney said. “I’m not overly surprised this eventually came out. I’ve been in the know for this for quite some time and we’ve been trying to look at hockey trade situations that would help the Boston Bruins as I do my job and accommodate with what Jake things is best, and there’s a balance there. That’s the profession.”

DeBrusk, who was a healthy scratch when the Bruins beat the Vancouver Canucks 3-2 on Sunday, is in the second season of a two-year, $7.35 million contract, that carries a $3.675 million cap hit.