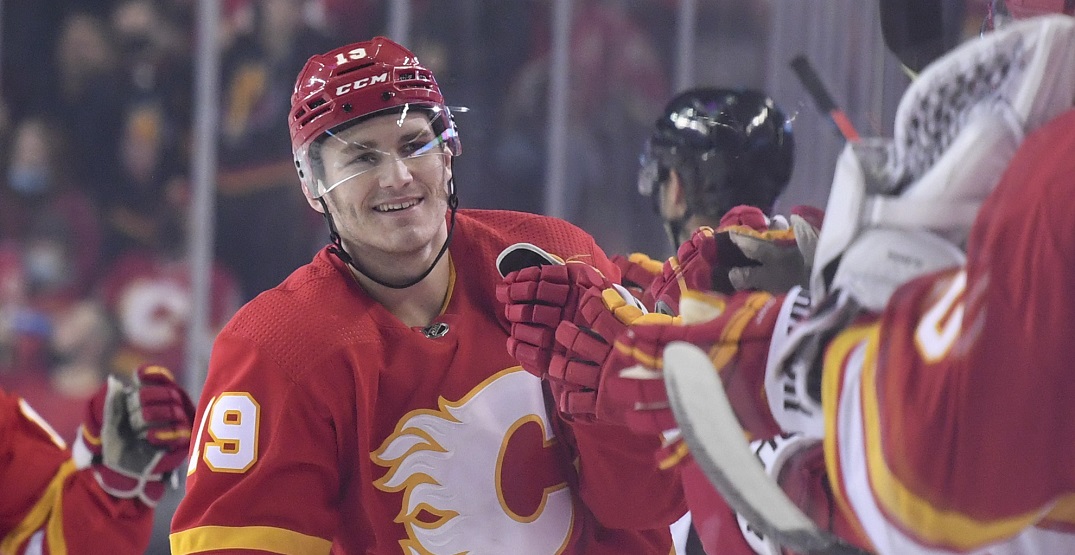 Amid Calgary’s hot start, there’s one uncomfortable truth for Flames fans — forward Matthew Tkachuk is due up for a new contract at the end of the season.

Tkachuk has 10 goals and nine assists in 21 games with the Flames this year, as they sit second in the Pacific Division with a 12-4-5 record.

Joining Scott Oake and Cassie Campbell-Pascall on After Hours this Saturday, Tkachuk was asked what his feelings are in sticking around Calgary long-term.

Tkachuk is currently in the third year of a three-year deal with an average annual value of $7 million per season, and said he’s having a blast with the team this season.

“I’ve got a smile on my face every single day I come to the rink,” Tkachuk said. “That’s when you know how special a place is. I absolutely love it here… It’s home for me.”

Tkachuk also said that he loves the “lifestyle” of living in Calgary, and was happy to get past trade rumours this offseason.

“I’ve met so many unbelievable people,” Tkachuk added. “This year is probably the happiest I’ve been here with the team and the guys and [being] back to normal.”

But Tkachuk admitted there have been no talks with management about a new contract just yet.

“We haven’t talked about it at all,” Tkachuk said. “I just want to focus on the team. We’ve got something good going right now, and I don’t want anything to get in the way of that.  I just want to play and we can deal with that stuff at the end of the season.”

The full clip is available here:

Chucky asked about his contract on #AfterHours and here’s his answer: pic.twitter.com/jcHoXse3no