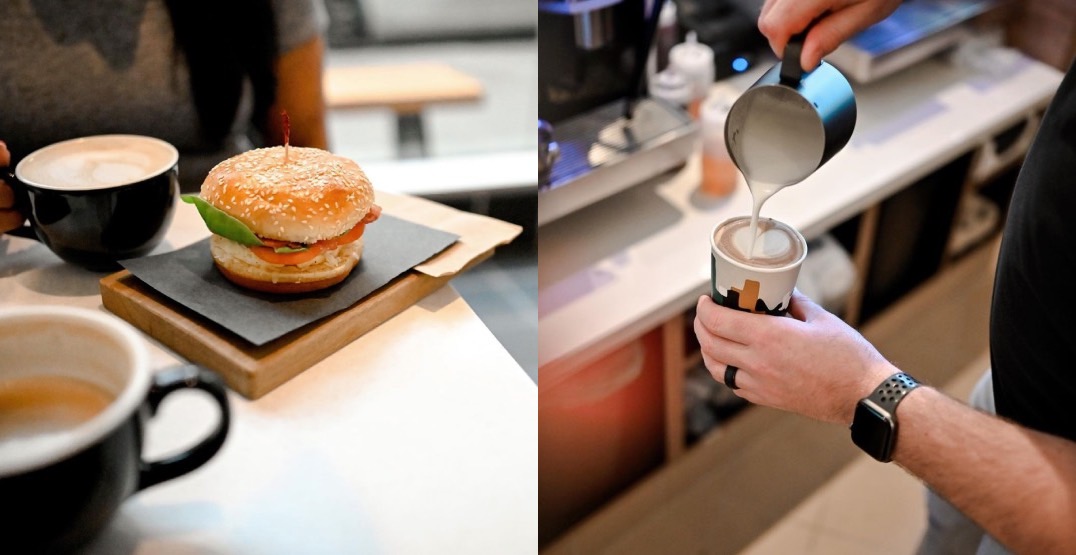 Following a recent update on the opening of the chef-driven food hall, The District at Beltline, one of Calgary’s favourite coffee shops, has made an announcement of its own.

Deville Coffee will be having a soft opening for its new location, Deville at The District, located at 227 11 Avenue SW, on Wednesday, January 19.

You can be the first to check out this new cafe and get a sneak peek into the food hall Calgarians are already so hyped about.

Starting out in Calgary back in 2008, Deville has grown extremely quickly.

There are currently ten Deville Coffee shops in Calgary, with this new spot in The District at Beltline becoming the 11th. There is also one Deville Coffee in Kelowna, with another opening soon in Edmonton and four more locations set to open in Vancouver.

The dedicated following for this local coffee shop is for good reason.

Fresh and creative sandwiches are served out of Deville Coffee, and they also get their baked goods and treats delivered to them from some of the best bakeries in Calgary.

The coffee here is well known for being high quality, using only direct trade coffee beans. The ingredients that go into making the espresso-style drinks at Deville are typically organic and made in-house.

With this new Deville Coffee location opening on January 19, and the District at Beltline opening at the end of February, this will soon be one of the best dining areas in Calgary.

Deville Coffee – The District at Beltline