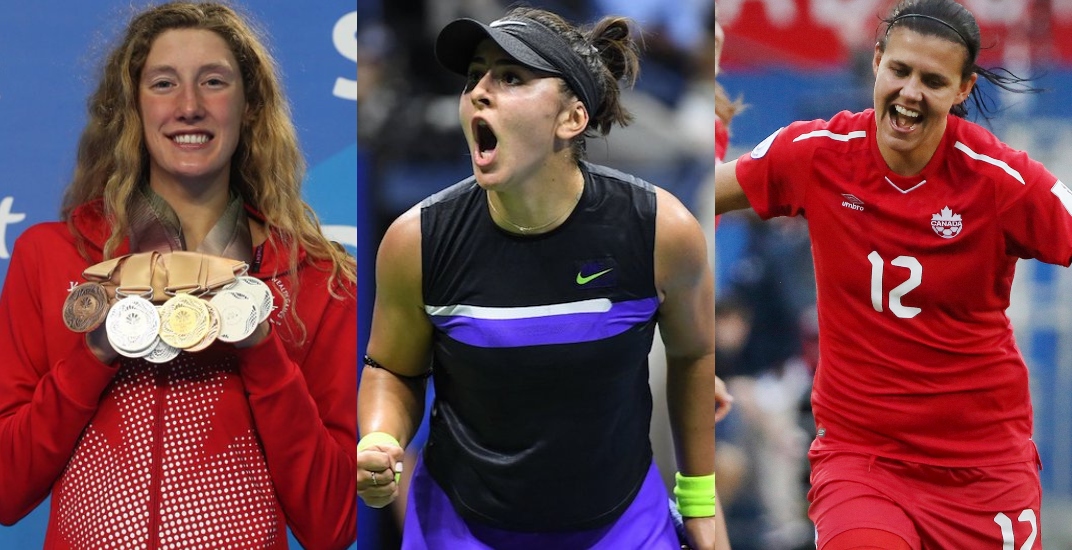 Just 3.2% of sports media coverage is devoted to women’s sports, and in 2015 women’s sport only accounted for 0.4% of the commercial investment in sports.

The situation is so dire in women’s hockey that players have collectively decided to stop playing until a new viable league is created.

And yet during the Olympic Games, Canadian women regularly become national heroes.

Women accounted for half of Canada’s 29 medals earned at the PyeongChang 2018 Winter Olympics. And in 2016, female athletes saved the Games for Canada, as women won a whopping 16 of our country’s 22 medals at the Rio Olympics.

In honour of International Women’s Day this Sunday, let’s take a moment to recognize the amazing female athletes in Canada. Here’s a look at 19 Canadian women who are kicking ass on the world stage.

This is an easy place to start.

Bianca Andreescu skyrocketed up the rankings last season, becoming Canada’s first-ever Grand Slam singles champion at the US Open. She’s currently the fourth-ranked player in the world and she’s only 19.

Canadian national team captain Christine Sinclair etched her name in the record books earlier this year, breaking the all-time international goals record. Her 186 career goals are more than any other women’s soccer player ever, from any country.

In 2018, Brooke Henderson became the first Canadian golfer to win the Canadian Open in 24 years. The 22-year-old already has nine career tournament victories and was one of the most dominant golfers on the LPGA Tour, finishing fourth on the money list.

Kia Nurse hit the game-winning shot to win the Australian Women’s Basketball League title this week. The Canadian baller plays for the WNBA’s New York Liberty during the summer, and was one of the highest scorers in the league, averaging 13.7 points per game.

Sarah Pavan and Melissa Humana-Paredes are two of the best beach volleyball players in the world, and won the World Championships last year. The Canadian duo are the first beach volleyball world champions our country has ever produced.

The reigning Olympic champion in women’s halfpipe, freestyle skier Cassie Sharpe proved it was no fluke by winning gold in the superpipe at the 2019 Winter X Games.

Justine Dufour-Lapointe followed up a gold medal in women’s moguls at the 2014 Olympics with silver in 2018. She’s still one of the best in her sport and still only 25 years old.

Slopestyle snowboarder Laurie Blouin won a silver medal for Canada at the PyeongChang 2018 Olympics and captured gold at the World Championships last month.

Maggie MacNeil is another Canadian swimmer kicking ass on the world stage, as she won three medals at the World Championships last year — including gold in the 100-metre butterfly. 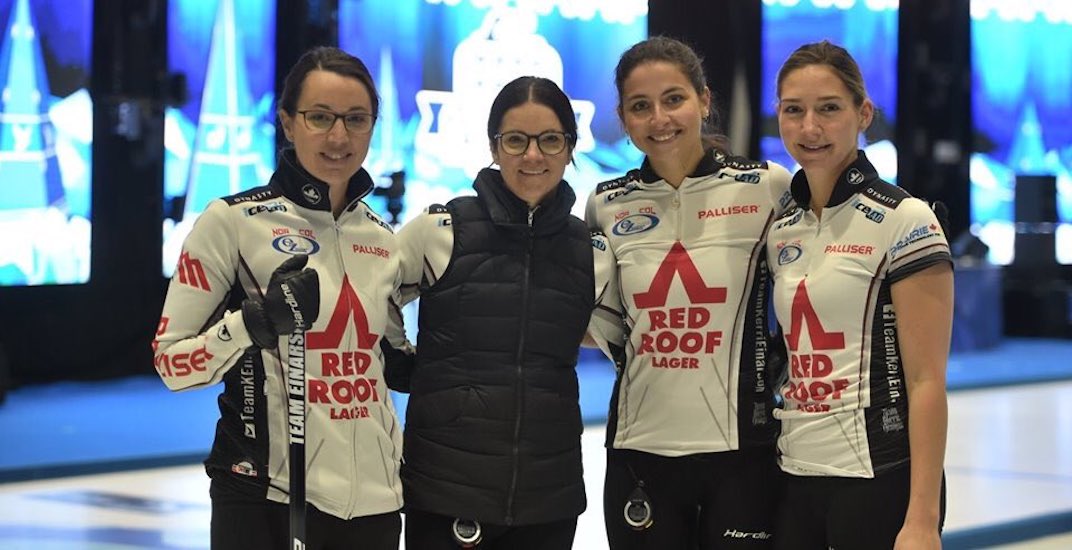 Kerri Einarson, Val Sweeting, Shannon Bichard, and Briane Meilleur will represent Canada at the World Championships this month. The Manitoba curlers won the Scottie’s Tournament of Hearts, as the best team in Canada, in February.

Ghislaine Landry is the captain of the Canadian national team, and one of the most prolific try scorers in women’s rugby sevens. She helped Canada earn a bronze medal at rugby sevens’ debut at the 2016 Olympics, and will be an important member of the team at Tokyo 2020.