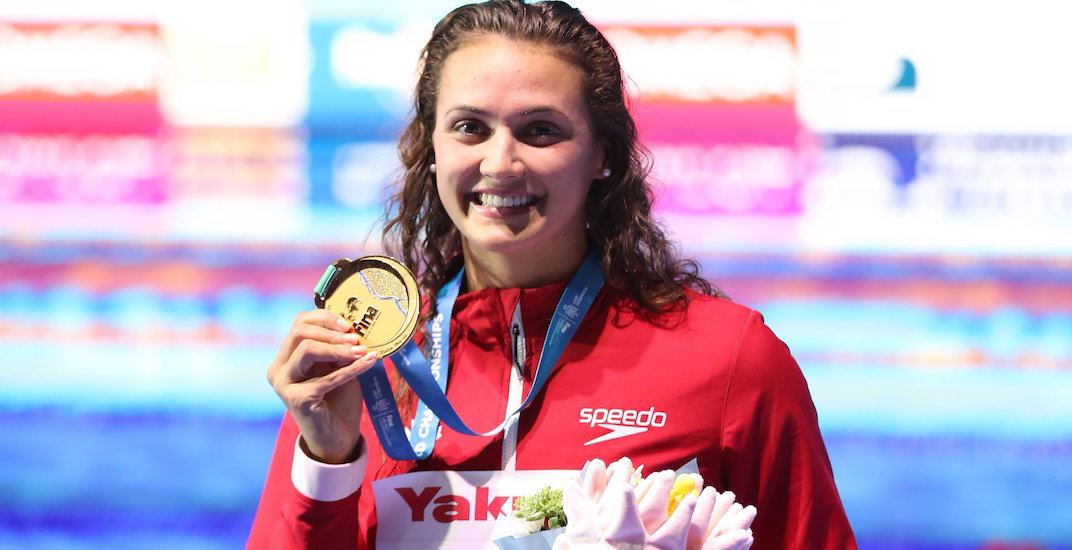 Kylie Masse is on top of the world.

The 21-year-old Canadian Olympic swimmer has set a new standard, winning the 100-metre backstroke final at the FINA World Championships on Tuesday in record time.

Masse – who was part of the Canadian Olympic medal haul in swimming last year – won bronze in this event in Rio. She took home the gold medal in Budapest with a world record time of 58.10.

The Lasalle, Ontario native is the first Canadian world record holder since Annamay Pierse in 2009, and the first in this event since Wendy Cook in 1974. Masse has also made history by becoming the first-ever Canadian woman to win a world championship in swimming.

She did it! Kylie Masse is the first female Canadian World Champion ever in swimming #FINABudapest2017 #InOurNature pic.twitter.com/0rNNDuD09C