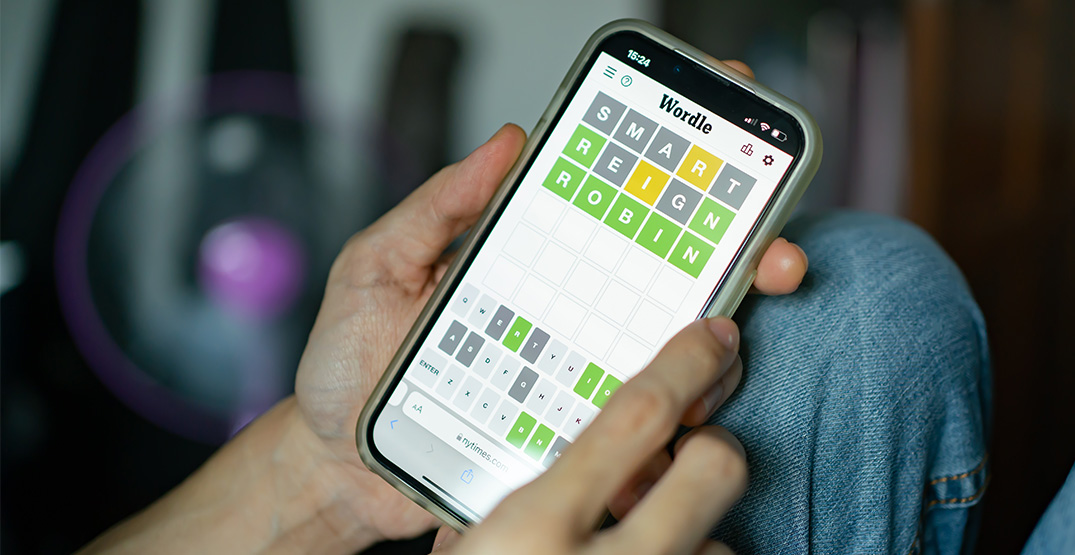 If you think Wordle’s fun to play alone in the comfort of your own home, imagine playing it IRL in a room filled with fellow word nerds vying to get that row of green squares.

Held at a Marriott Hotel in Stamford, Connecticut, this year, the annual gathering of word puzzle lovers included Wordle in its program, listing the game under “warmup games.”

There were hundreds of participants. Wardle spoke to the players before the competition, explaining the inception of the game, the mechanics behind it, and how the accessible and shareable aspect of the game is what skyrocketed its popularity.

“If there’s one word a day, and that word is the same for everyone, suddenly you’ve created this social experience where you can talk with other people about the experience you had,” he said.

The in-person competition gives us a glimpse at what a live Wordle game would look like.

After Wardle spent a comically long amount of time repeating the URL competitors would go to play the game  (“This is going to be the hardest part of the puzzle, I think,” he quipped.), he explained how the live version of Wordle would work.

The room buzzed with excitement as participants prepped their smartphones, iPads, and laptops.

For the uninitiated, the goal is simple; you have six chances to guess a five-letter mystery word. Played on a five by six grid of squares, the game tells you which of the letters you’ve guessed are correct, incorrect or placed in the wrong spot on the grid through colour coding.

For the live competition, players had six rounds of the game instead of one, with the objective of scoring as low as possible by the end of all the rounds. The competitors had three minutes to finish each round — if they finished early, they were allowed to chat with their fellow word warriors.

“You can chat to your neighbour as you go. This is meant to be fun, not serious,” said Wardle. The remark was met with a laugh from the cut-throat competitors.

According to The New York Times, every word used in each round had to be unique, preventing people from using a go-to starter word.

Once Wardle gave players the go-ahead, the room immediately went silent as people glued their eyes to their screens to solve the word puzzle. Live stream footage from the event shows players murmuring and chuckling as they discuss their answers.

After the first round, Will Shortz, host of the ACPT and editor of The New York Times crossword puzzle, took a survey of how many guesses it took the crowd to get the word with a show of hands. When he asked how many people got the word in two guesses, the number of hands raised were sparse, and the crowd gasped and whistled in admiration. The host encouraged players to boast about their quick guesses.

After the sixth round, Shortz asked participants to raise their hands as he shared score ranges, and Wordle’s first live competition champion was crowned. According to The New York Times, Sid Sivakumar, a 25-year-old from St. Louis, won — having the lowest number and, therefore, the highest score — despite not playing Wordle every day.

“I feel like I was the least deserving to win the Wordle competition,” he told The Times. “It was anyone’s game — I just happened to be the lucky person who made the right guesses.”

Wardle has yet to announce any more upcoming in-person games, but maybe this will inspire a live Wordle event in a Canadian city near you!