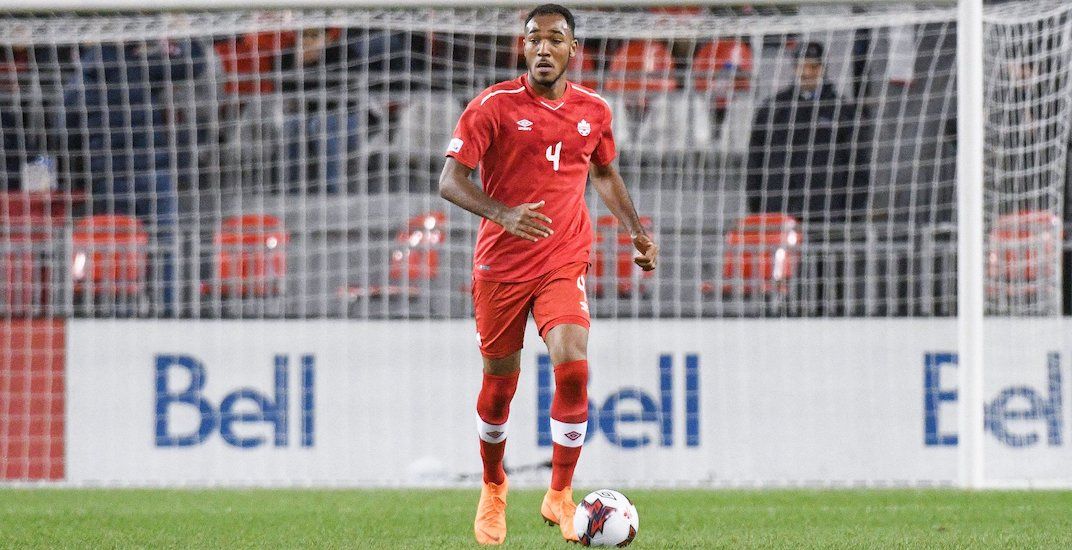 Another building block is in place, as Vancouver Whitecaps FC continue to remodel their team for 2019.

There was perhaps no bigger hole in new head coach Marc Dos Santos’ lineup than at centre back, after Kendall Waston was traded to FC Cincinnati last month. Making his fifth acquisition since taking over in November, Dos Santos has begun filling that hole left by the club’s former team captain.

The Whitecaps have added 21-year-old Canadian centre back Derek Cornelius to the fold.

The 2018 Canadian Youth International Player of the Year comes to Vancouver after two years in Serbia with FK Javor Ivanjica. Cornelius agreed to a contract through 2020, with options for 2021 and 2022.

“Derek is one of the top young players in a new generation of Canadian talent,” said Dos Santos in a media release. “For his age, he has the right composure and characteristics we look for at the centre back position. We have followed his progress within Canada Soccer and believe he has developed in the right way. He has also been exposed to different environments and this is always good for a player’s development. We are working hard to build this roster and will be announcing additional player acquisitions very soon.”

A native of Ajax, Ontario, Cornelius earned his first three caps with the Canadian men’s national team in 2018.

“Vancouver is a club that I’ve followed for a few years and I’m extremely excited to now be a part of it,” said Cornelius. “This is a good opportunity for me to show the city and club what I can do as an individual and to not just come through, but to really leave my mark here. I look forward to playing in front of the passionate supporters and doing whatever it takes to help the club win.”

The 6-foot-2 defender made 31 appearances with FK Javor Ivanjica in the Serbian SuperLiga in 2017-18, and the First League in 2018-19. Prior to his move to Serbia, Cornelius competed professionally in Germany’s Regionalliga, scoring two goals in 18 total appearances for VfB Lübeck and VfR Neumünster.

The Whitecaps begin their preseason camp at UBC on Monday, with their first MLS regular season game taking place on March 2.