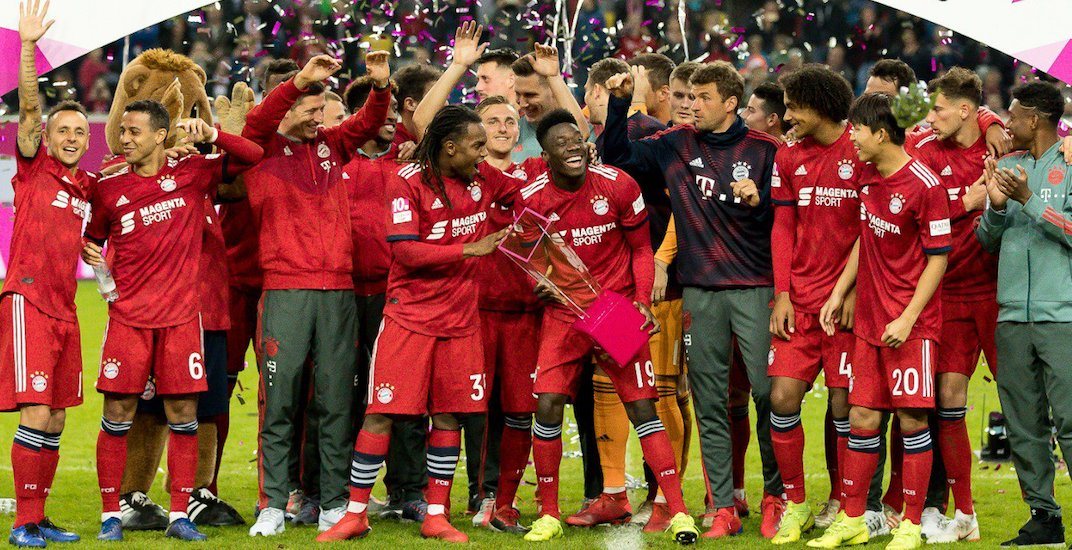 He’s only played one match with Bayern Munich, but Davies already has a trophy to lift.

It didn’t come in a league match, but Davies started on right wing for the reigning Bundesliga champions in the final of the Telekom Cup — a four-team tournament consisting of a pair of 45-minute matches.

Playing alongside Colombian international James Rodriguez, Davies showed some flashes of brilliance in his debut, including a back-heel nutmeg in the 21st minute.

In the 45th minute, the former Vancouver Whitecaps star nearly drew a penalty, which could have easily led to the championship-winning goal.

Shouts for a PK here as Alphonso Davies is chopped down in the box. Looks like the defender caught him with his left foot after Davies rounded the corner. Should have been called. #fcbayern #vwfc #telekomcup pic.twitter.com/pdPLC2v6s0

When it came time to lift the trophy, Bayern let the 18-year-old Canadian raise it first.

“I’m living the dream, it makes me want to cry,” said Davies. “I want to learn and improve, and I’ll continue to go into every game like it’s my last.”

After three seasons with the Whitecaps, Davies was dealt to Bayern Munich for an MLS record transfer fee. Though fans in Vancouver won’t get to see Davies in blue and white next season, he will step onto the pitch at BC Place in 2019, playing for the Canadian national team in March.

Davies could make his Bundesliga debut this Friday, when Bayern resumes league play after the Christmas break on the road against TSG Hoffenheim.