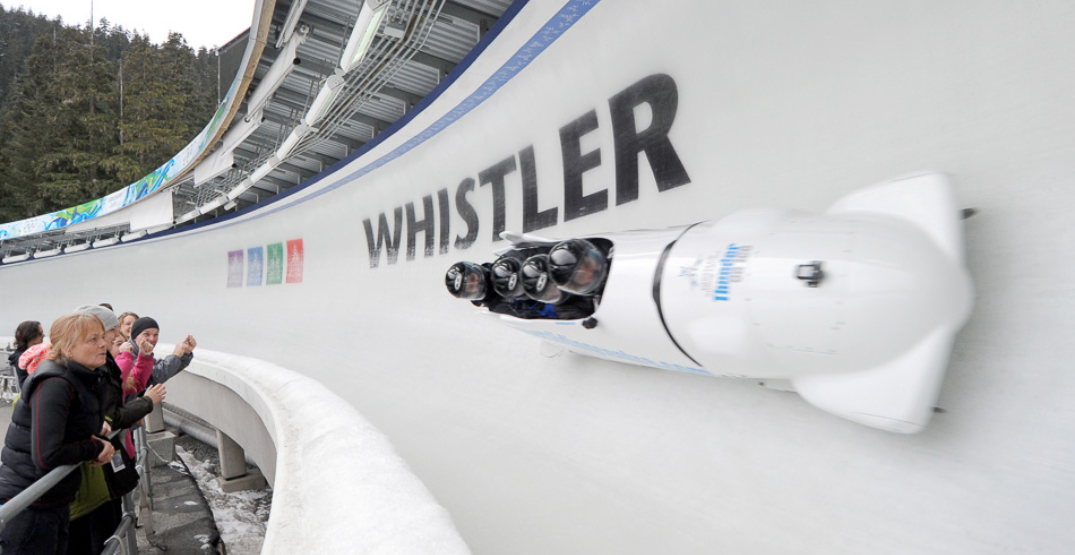 You don’t have to be an Olympian to ride like one in Whistler.

This weekend, passenger bobsleigh and public skeleton rides are starting at the Whistler Sliding Centre.

Absolutely no experience is required for folks to take a slippery ride on the Olympic venue now until March 27, 2022.

“We are in an Olympic year, so it is extra special that we can give public guests the opportunity to slide like an Olympian themselves, and to give them a first-hand experience of our sports,” said Whistler Sliding Centre’s managing director, Tracy Seitz, in a release from Monday, December 13.

“They will watch the Olympic races in February with a completely different appreciation and hopefully cheer on our athletes even more.”

Athletes have been training at the centre since October 19 and the venue even hosted a major international bobsleigh and skeleton event recently with more than 100 top athletes from 30 different nations. Now, it’s your turn to take a spin on Canada’s only active sliding track.

You can slide in a four-person bobsleigh driven by a trained pilot through 10 corners of the track at speeds of up to 125 km/hr.

Passenger bobsleigh rides are available Wednesdays through Sundays, with some extra dates added throughout the holidays. Guests have to be at least 14 years old.

For public skeleton, guests can whip through the track’s final six corners, reaching speeds of up to 100 km/hr on their own individual skeleton sled. Participants have to be at least 16 years old.

For both passenger bobsleigh and public skeleton, participants must meet specific physical, health and safety requirements. As part of your experience, you’ll get an orientation including info on the Whistler Sliding Centre’s sports and athletes and operation.

Each ride is $199 per person, with all proceeds going to support sliding sports and athletes who train at the non-profit organization.

You might recognize the Whistler Sliding Centre from its feature in the Netflix romantic comedy Love Hard, which was filmed in the Lower Mainland.

If you want to feel like you’re flying faster than a speeding bullet, then this is the place for you.