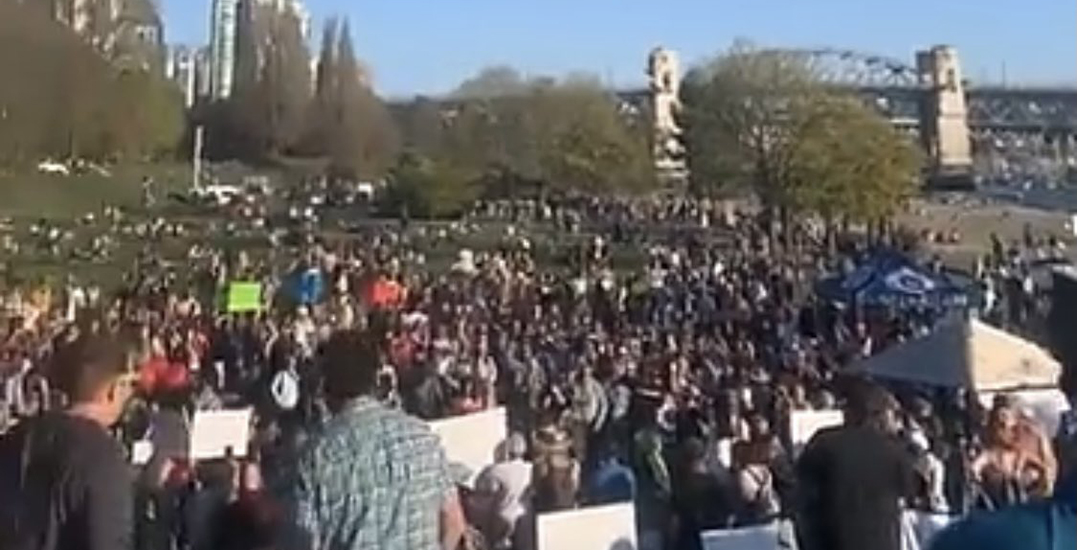 The Vancouver Police Department (VPD) says they are “aware” of an anti-lockdown beach protest that’s happening later this month.

The protest is scheduled to take place on Sunday, May 23, at Sunset Beach. The event will include Chris Saccoccia, also known as Chris Sky, a known anti-mask activist.

“Join us and protest in celebration deterring any attempt of a lockdown extension,” a poster for the event reads. “This protest is to celebrate the upcoming reopening of Vancouver on May 26.”

What are the odds that @vancouverpd (working with @deltapolice) @dlr9 + @ParkBoard can *prevent* bussing of people from Ladner to Vancouver’s Sunset Beach, the building of a (another) stage and other violations of bylaws and PHO orders? @rebeccaleebligh @ptfry Notice a-plenty: https://t.co/tJHPw9Wq1n pic.twitter.com/ajFOHrci2K

The protest will reportedly feature live bands and entertainment, dancing, DJs, laser shows, and fireworks. Organizers say it will also have busses shuttling from Ladner to Sunset Beach between 3 pm and midnight.

Steve Addison, a VPD Spokesperson, says that police are “aware that this event is being planned and will have officers assigned to monitor it.”

The province’s orders restricting non-essential travel are also in effect until after the May long weekend.

A similar anti-lockdown protest was hosted last month by Saccoccia, drawing massive crowds to Sunset Beach on April 20. It is unclear, however, just how many COVID-19 violation tickets, if any, were issued during the event.