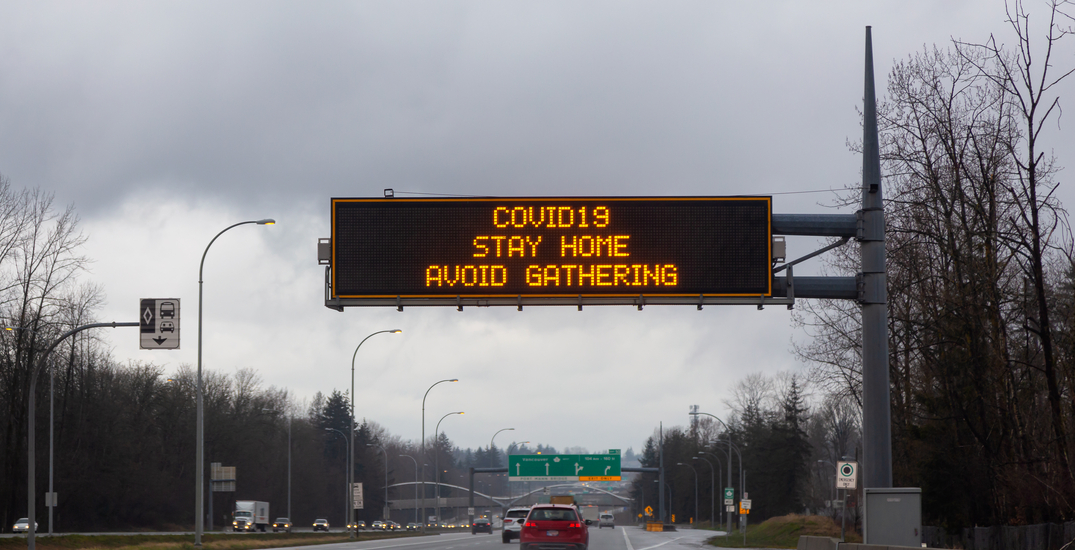 The announcement was made on Friday morning by Minister of Public Safety and Solicitor General Mike Farnworth. It includes measures for preventing travel across health regions, travelling on ferries, bookings, camping reservations, as well as occasional road checks and border signage.

“While I’m disappointed additional measures are necessary, I am taking further action to carry us through the current spike in COVID-19 cases until more of the population can be vaccinated in the coming weeks,” Farnworth says.

Here’s everything you need to know about the new orders:

When and how long it will be in effect for

The order comes into effect immediately and will remain in place until after the May long weekend, which is May 25, 2021. It applies to everyone in BC, including non-essential visitors from outside of the province.

The provincial government has combined some of BC’s health authorities together in order to create “regional zones.”

Vancouver Coastal Health and Fraser Health, which encompasses the Lower Mainland and the Fraser Valley, will be considered one health region. Interior Health and Northern Health will make up another regional zone. The third and final zone will be Vancouver Island, which has been slightly adjusted. People are still encouraged, however, to stay within their local community.

“While this model doesn’t stop someone from travelling large distances within their own region… that doesn’t mean that these trips should be happening,” Farnworth notes.

What is considered essential?

Farnworth says that there are many exemptions to the travel restrictions, including travel for work, school, and the transportation of goods.

He stressed that the order is primarily intended to stop people from travelling for recreational purposes.

Here are all of the reasons that are considered “essential” for travelling between health districts:

Police across the province will also set up “periodic roadside checks,” which Farnworth says are similar to the roadside counter-attack programs that target impaired drivers during long weekends and holidays.

They will be set up near ferry terminals and highway corridors that connect different regions of the province. Exact details of this measure have not been shared and are expected next week, although the provincial government says that “police will not engage in random checks.”

The province says that they’re working with leaders within the tourism and accommodation industry to decline new bookings from outside of their regional zones and cancel any existing bookings.

Camping is not considered a reason for essential travel, and the recreational trips will need to be cancelled if they are outside of someone’s health authority. George Heyman, the minister in charge of BC Parks, is working to ensure that anyone who has booked a camping reservation outside of their health authority will be refunded for their booking.

Ferry travel within BC

BC Ferries has announced that it will deny customers who are travelling for non-essential reasons on the following routes, which cross between regional zones:

Customers will still be able to travel on routes that operate within the same regional zone, although they will be reminded that they should be avoiding non-essential travel. Additionally, BC Ferries will not be scheduling extra sailings for the May long weekend.

Farnworth notes that ICBC will be contacting anyone who has booked a road test outside of their regional zone and will be encouraging them to book at a nearby location.

The provincial government will be installing signs on highways and along the provincial border with Alberta, urging that visitors do not come into BC unless it is for essential purposes.

Police will be permitted to hand out fines if compliance measures are deemed necessary. Farnworth says that contravening this order can result in a $575 fine.