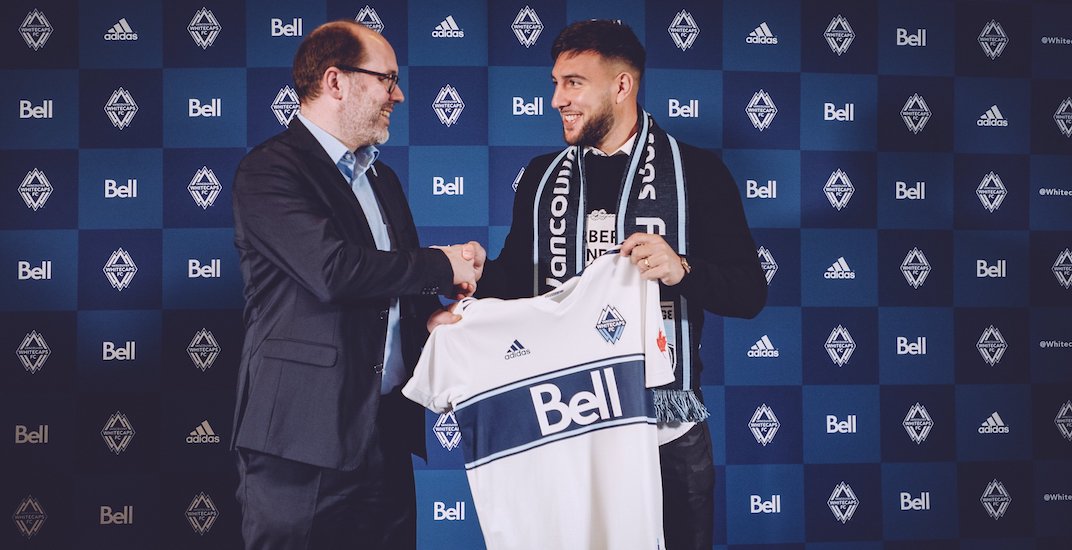 The Vancouver Whitecaps announced the most expensive acquisition in club history on Monday, getting striker Lucas Cavallini for a reported $6 million transfer fee.

The 26-year-old Canadian brings quality up top that Vancouver has never had in MLS, as “El Tanque” is a threat to score goals in a multitude of ways.

In two and a half seasons with his Liga MX team Club Puebla, Cavallini scored 29 goals and added eight assists in 81 appearances. In 17 appearances with Canada’s senior national team, Cavallini has scored 11 goals.

While Cavallini will undoubtedly be the Whitecaps’ marquee off-season signing this winter, there’s still plenty of work to be done for a team that finished last in the Western Conference in 2019.

Cavallini needs support from the midfield, which was one of many issues the Whitecaps had last season.

Head coach Marc Dos Santos would like to bolster his roster in a number of areas, including the positions of attacking midfielder, defensive midfielder, centre back, and dynamic  winger.

Will there be any Whitecaps player signings before the end of the month?

“There are still some days in the month,” Whitecaps FC sporting director Axel Schuster told reporters. “Yes, we are working on that. It’s not only about us, maybe we already have an agreement with a player and we are absolutely clear that he is the right profile, but we have to work with his club.”

A lot of the moves Vancouver will look to make are dependent on transfer windows opening in other markets. European windows open January 1, so fans should expect to see the Whitecaps do the majority of their shopping in the new year.

Peruvian international, Kevin Quevedo, is set to join an unnamed MLS club on a free transfer.

There was speculation that the Whitecaps could be the MLS club chasing Quevedo after a report came out that MDS was scouting a Peruvian winger. 👀#VWFChttps://t.co/phjBmMzn2f

Fouad Bachirou, who was being scouted by the Whitecaps last month, is now being linked to Turkish giants Galatasaray. Malmö is said to be asking for ~$1,25m.#VWFChttps://t.co/rlqI5wvASr

Prior to last season, the Whitecaps entered training camp with a number of holes on their roster, which left Dos Santos scrambling to sign players before the season began. That’s something the team would like to avoid this time around, with camp opening at UBC on January 20.

“The wish of Marc and me is to bring in some more signings before the 18th of January,” Schuster explained. “Then they can start with the team to train. If we have something very good in our mind and it’s not possible to do that, then we are open to do it until the end of January.”

“I’m optimistic that we’ll get some more signings before the first training.”

If you’re expecting Vancouver to continue to spend big, you might be disappointed.

The Cavallini signing shows that ownership is serious about providing Whitecaps supporters with a star player. The new face of the franchise didn’t seem worried about the high expectations.

“I come from leagues where the fans, pressure, players is way more than here,” Cavallini said. “Pressure is not going to be a question for me.”

Schuster indicated that the Whitecaps will look to play in a 4-3-3 formation next season, with Cavallini likely to be the lone striker, supported by two versatile wingers.

What does that mean for 2019 leading goal-scorer, Fredy Montero, who plays the same position?

“That leaves him in the competition to work hard and to fight for the positions,” Schuster said. “It depends on situations, and all the players we get together. There is not a must that we’ll only play with one striker.”

The Colombian striker returned for a second stint with the Whitecaps last season, leading the team with eight goals, but that hasn’t meant much in terms of job security in recent years. The Whitecaps’ leading goal-scorer in each of the past three seasons (Pedro Morales in 2016, Montero in 2017, and Kei Kamara in 2018) did not return the following year.

If all goes according to plan, that trend will stop with the arrival of Cavallini.