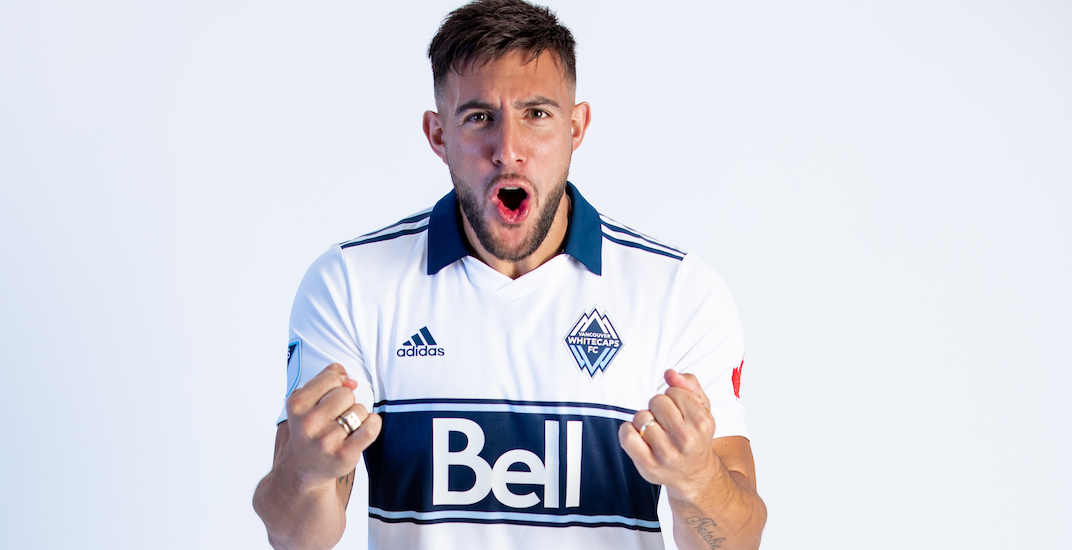 The worst kept secret in Major League Soccer is now official, as the Vancouver Whitecaps announced the signing of striker Lucas Cavallini on Monday.

The Whitecaps confirmed it took a club-record transfer fee to acquire the Canadian international, but didn’t get into specifics.

The team was reported to be paying Liga MX’s Club Puebla $6 million to get him, though Whitecaps sporting director Axel Schuster told Vancouver media the transfer fee was “more than eight digits.”

Cavallini instantly becomes the new face of the Whitecaps, signing a three-year Designated Player contract through 2022, with an option for 2023. Nicknamed “El Tanque,” the team has parked an actual tank outside BC Place, complete with Whitecaps colours and Cavallini’s number on it.

“I am happy to be here, happy for this opportunity, happy this club pushed for me, and it feels great,” said Cavallini in a media release. “I am thankful to a lot people here in Vancouver, from the ownership, to Axel Schuster and coach Marc Dos Santos. The team has brought me here for a reason and I have to do what I love to do, which is score goals and give the fans a lot to cheer about.”

Cavallini is an important member of the Canadian national team, scoring 11 goals in 17 appearances, but also has valuable experience excelling in Mexico’s top professional league.

“We are thrilled to welcome Lucas and his family to our club and our city,” Schuster said. “We’ve followed his career closely for a number of years. He has enjoyed a lot of success playing in two of the most difficult leagues in the Americas, is an important member of Canada’s resurgence on the international scene, and now we are happy to welcome him to the Whitecaps.”

The 26-year-old Mississauga native played the last two and a half seasons with Club Puebla in Liga MX, scoring 29 goals and adding eight assists in 81 appearances.

Cavallini left Canada at the age of 16 to join the youth set-up of Club Nacional de Football, one of the most decorated clubs in Uruguay, eventually earning a first team contract three years later in 2012.

“We’ve been looking for a forward with the characteristics of Lucas,” added head coach Marc Dos Santos. “Lucas is committed when the team doesn’t have the ball, and at the same time he’s very hungry to get in the box and make a difference in the attacking half. He has the right mentality and qualities on and off the pitch. Lucas will bring a lot to our team and we are very happy to have him join our club.”

we could get used to this 😎